by Gwen Pratesi • All About Food, Chef Interviews, The South, Travel 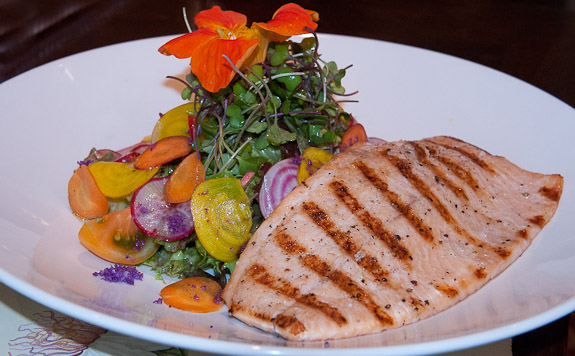 This post is my first in a series of interviews with great American Chefs and my second in a series of special places in the Highlands, North Carolina area.

I had the privilege of spending more than half a day last week with Chef Johannes Klapdohr. He truly is one of the Great Chefs in America. Upon arriving in the U.S. (from Germany), he was assigned the position of Chef de Cuisine at Nikolai’s Roof in Atlanta in 1998. He quickly earned himself a place in the best 100 Restaurants in the U.S. by Zagat and the Mobile Four-Star awards in 2000 making it the only four-star restaurant in downtown Atlanta. 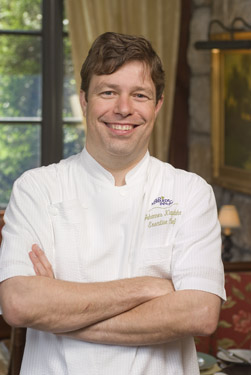 In 2004 he became the executive chef of The Lodge at Sea Island, the prestigious Mobil Five Star, AAA Five-Diamond hotel off the coast of Georgia. During his tenure, the Lodge became the # 1 small hotel in the U.S., including fine dining, and the # 1 golf hotel in the world in 2007.

After 25 years in hospitality, Chef Johannes collaborated with The Chef’s Garden, Inc. in Ohio, the leading sustainable farm in the country, as Executive Chef of the Culinary Vegetable Institute. There he promoted the importance of bringing farmers, chefs, and guests together focusing on the education of sustainability—not only in agriculture but as a lifestyle and successful business model through farm-to-table experiences.

He is now the executive chef at The Old Edwards Inn and Spa in Highlands, North Carolina since 2009. This beautiful hotel and its restaurant Madison’s offers a truly special dining experience. Old Edwards Inn is now the Condé Nast Traveler’s #1 Hotel Spa in North America for 2010 with the first-ever perfect score in the 20-year history of the reader’s survey.

I would like to share with you the incredibly interesting and honest discussion that I had with Johannes. 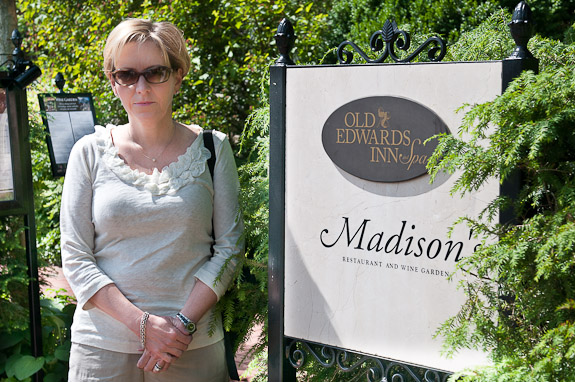 We have dined at Madison’s many times over a five-year period and were treated to a very special evening last year while celebrating my husband’s birthday. This is the first time we met Chef Johannes and we knew then that their choice for the executive chef was a perfect one. This man has to be one of the most engaging and passionate people I have ever met. Johannes truly loves being a chef and looks at cooking as a way of engaging people and making them happy. He believes that cooking and eating is very much a cultural experience that brings people together. He enjoys the interaction and can be found in the dining room frequently visiting with guests. His goal is to touch people with his food and make them feel special. 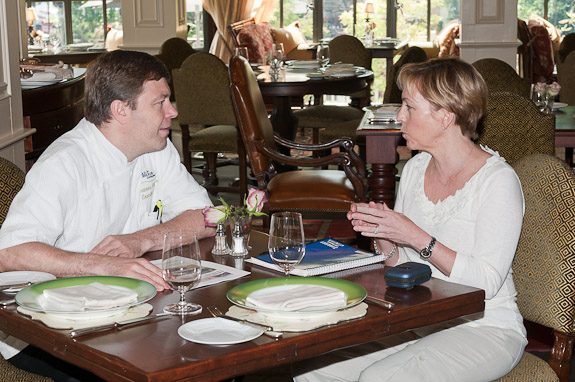 He says that the core philosophy of his cuisine is “honest food.” At Madison’s, this would be considered an “elegant Southern, yet modern” style of cooking. He also creates menus for special events at The Old Edwards Farm and other locations at the resort, based on customer requests.

He primarily relies on fresh local produce and food sources as inspiration for his dishes as well as phone calls he may receive from fisherman overseas that can have something very special shipped to him within 24 to 48 hours. He looks at the quality of the product and the nutritional value as the most important aspects in creating his dishes. 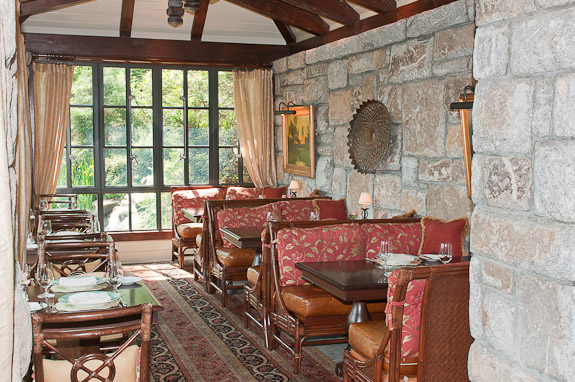 Highland’s weather (which goes through all four seasons) allows Johannes to prepare dishes that are more seasonally appropriate as the seasons change. He gets excited when things begin to smell different as we move from Summer to Fall and into Winter. He loves being able to translate this to food. “If you have strawberries all year long with average taste it is not as exciting as looking forward to tasting that first beautiful strawberry of the season after nine months.”

Some of Johannes’ food philosophy comes in part from growing up in Germany. He gives examples like the French Paradox, where people create an event around food. Dinner consists of sitting down over long periods of time and eating small portions so diners digest their well-prepared food properly. This is combined with enjoying a glass or two of wine. It is proven that this way of eating is far healthier than having large portions of food. Johannes believes that we overeat in America because of the declining nutritional value in our foods. We keep eating because the refined products (sugar, flours, oils) do not give us the sensation of being satisfied. If there is no nutritional value, the brain does not recognize this as food and you are hungry again. 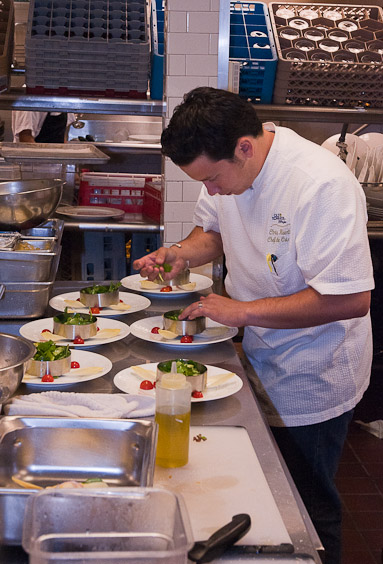 Johannes thinks Americans see food as secondary in the U.S., whereas it is a priority in countries like France, Spain, and Italy. He said that it was interesting to see young people drive up to a 3-star Michelin restaurant in France in an old, falling apart Peugeot while he was living in Europe. In the U.S., on the other hand, you might see someone drive up to McDonald’s in a Mercedes. Clearly, American values are different. We should take more time to enjoy our meals rather than asking for the check after the entrée is served and appreciate the food we eat much more than we do (especially if it is great food!). 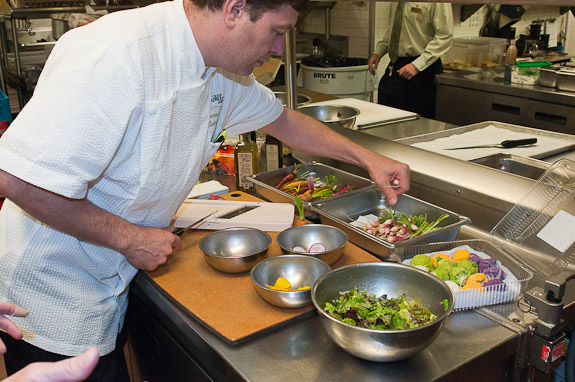 Page: 1 2 3
We participate in the Amazon Services LLC Associates Program, an affiliate advertising program designed to provide a means for us to earn fees by linking to Amazon.com and affiliated sites.
posted on June 17, 2010 in All About Food, Chef Interviews, The South, Travel
18 comments »

END_OF_DOCUMENT_TOKEN_TO_BE_REPLACED

18 comments on “In The Kitchen With Chef Johannes Klapdohr – Schmackofatz!”