In Search of the Best Lobster Roll from Boston, MA to Portland, ME

What can the home cook learn from this when cooking lobster? 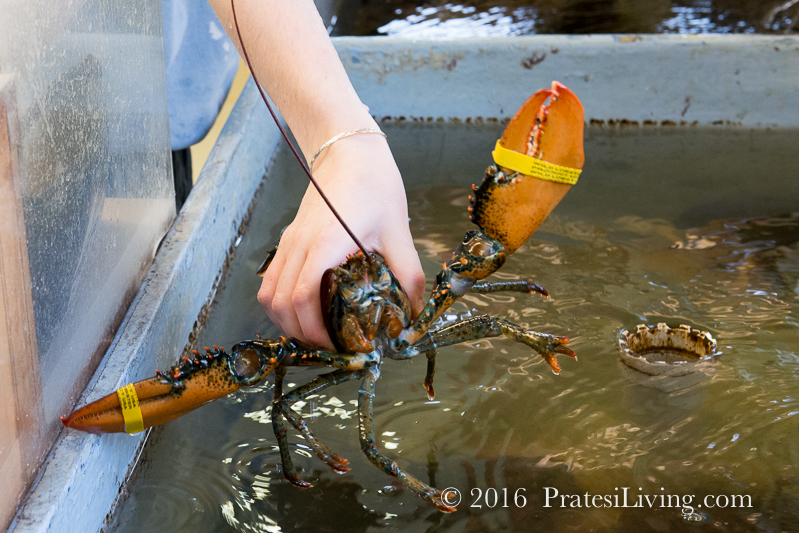 If you are preparing a whole lobster, consider shipping in fresh lobster and then follow the same directions. When you open the lobster, remove the blood vein from the tail and if there is roe, you can remove it and clean the meat that may be stained from the roe, with sea salt brined water. Do not rinse the lobster in cold tap water.

What did we find eating lobster rolls up and down the coast of Maine? 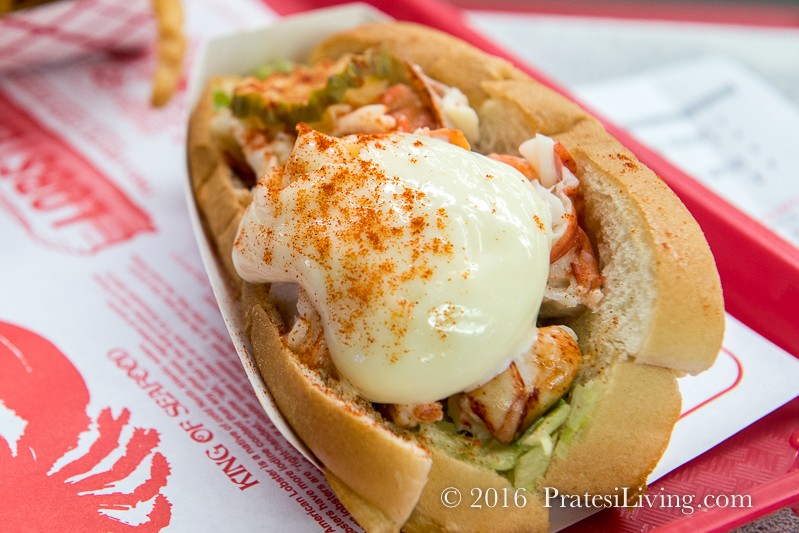 We could really taste the difference in the lobster each place we stopped. Some shacks mix lots of mayo in their lobster roll. Some add a large dollop of mayo on top with paprika, Old Bay, and pickles to season and add a little crunch or you can order it with melted butter, or both. Some added a little Tabasco sauce to give a little zing. Some use a bed of shredded lettuce and garnished with celery, scallions, or chives. Some chopped their lobster meat while others pulled the meat in large chunks. (Steve says that using metal from a knife on fresh lobster leaves a residual taste and that’s why he pulls the meat.) Some serve it hot and some serve it cold. It really was surprising to find so many different styles and combinations. 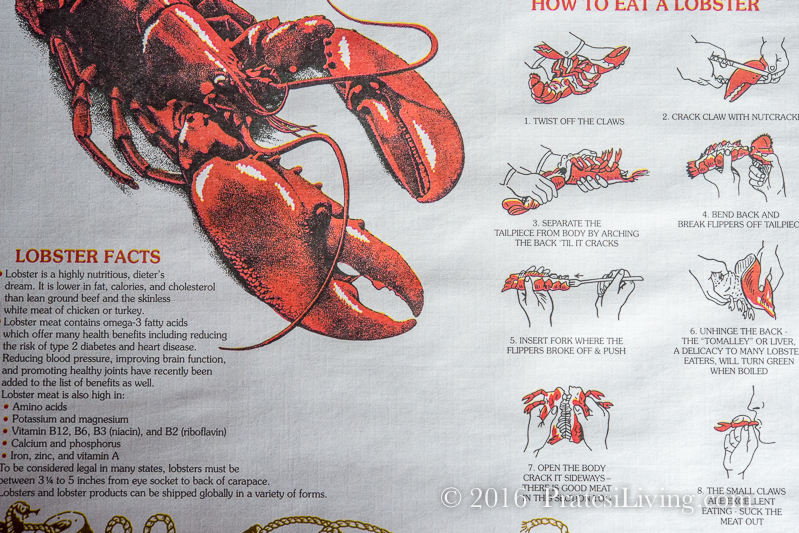 How to shell a lobster

We encountered several well-known shacks where the meat was bland. Often, those locations used lots of seasonings to dress it up. The bland meat was most likely due to using tap water or rinsing the meat or chilling the meat after it had been cooked. 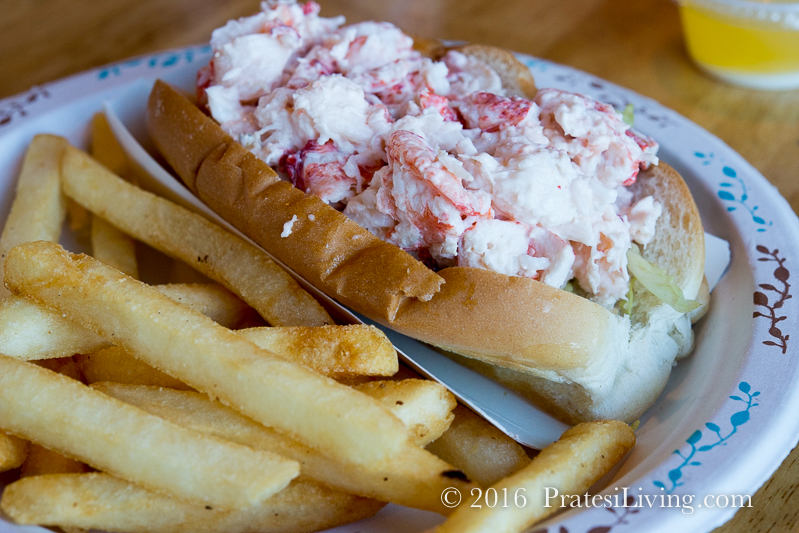 Concerning those fries or onion rings that often accompany the lobster roll, our preference was the double fried, medium hand cut potato fries, though most use crinkle fries. The onion rings competed for flavor against the lobster roll. Obviously, this is personal preference but we believe, keep it simple and keep it delicious.

And what about the bun? The bun is usually a side cut New England style hot dog bun. Rather than the rounded edges typically found on ball park hot dog buns, the New England cut is rectangular with squared-off edges. Maybe we’re just traditionalists, but we liked the New England side cut bun the best. We also liked the bun slightly grilled. It held the lobster meat in place while providing that quintessential lobster roll look and an easy way to take a bite without losing the lobster meat from the sides. Regardless of size or shape, fresh baked won out. Rolls that were too soft (think Wonder Bread-style of white bread) lacked structure and filled the mouth with sticky breading. We also tasted some that use a brioche style bun (a little sweet), but found it competed with the lobster flavor.

It seems like every food magazine and related TV show is producing a list of the best Lobster Rolls in New England. We did a quick search and came up with more than a dozen such lists in just the past year. We taste tested more than a dozen lobster rolls at some of the most well-known and publicized shacks up and down the coast of Maine and while eating lobster is probably a lot like sex in that when it’s good it’s great and when it’s average it’s still really good, you’ll have to decide which lobster roll turns you on. Maybe it’s the ambiance, the person you’re with, or some uniqueness about the flavor. We preferred the clean rich taste of fresh picked naturally brined and flavored lobster. 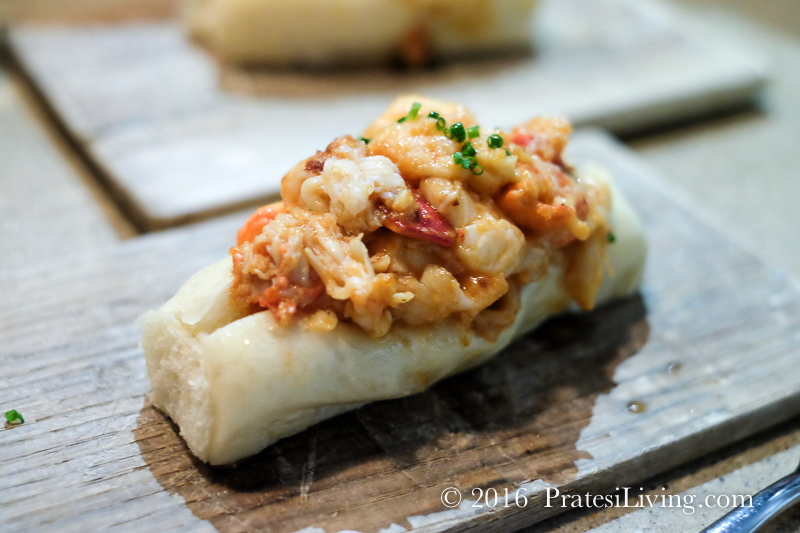 However, we did have one truly unique lobster roll experience. Eventide’s brown butter lobster roll served on a steamed bun (which was something like Momofuku meats Maine). Located in Portland, Maine, Eventide offers an outstanding seafood menu with dozens of different fresh oysters on the raw bar and their spin on the lobster roll is sure to have a fan following. 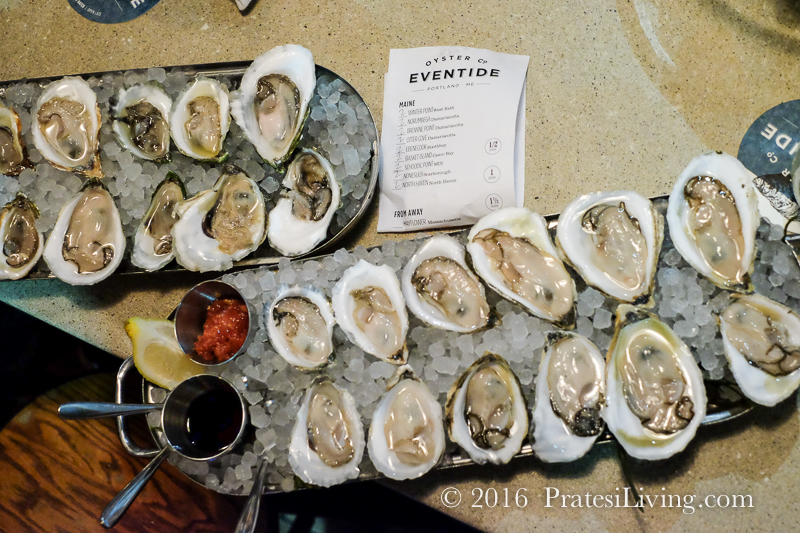 In Part II, we will explore the best fried clams and discover a treasure map to the best clam beds.

Note – The top photo is the Lobster Roll at The Clam Box – Ipswich, MA.

∗ Photo credit – The images from The Clam Shack were taken by Daryl Getman.

We participate in the Amazon Services LLC Associates Program, an affiliate advertising program designed to provide a means for us to earn fees by linking to Amazon.com and affiliated sites.
posted on May 6, 2016 in Main Dishes, New England, Recipes, The Northeast, Travel
2 comments »

END_OF_DOCUMENT_TOKEN_TO_BE_REPLACED

2 comments on “In Search of the Best Lobster Roll from Boston, MA to Portland, ME”