In Search of the Best Fried Clams from Boston, MA to Portland, ME

During our travels through New England, we tasted fried clams at some of the most well-known clam shacks. What we learned was the following: 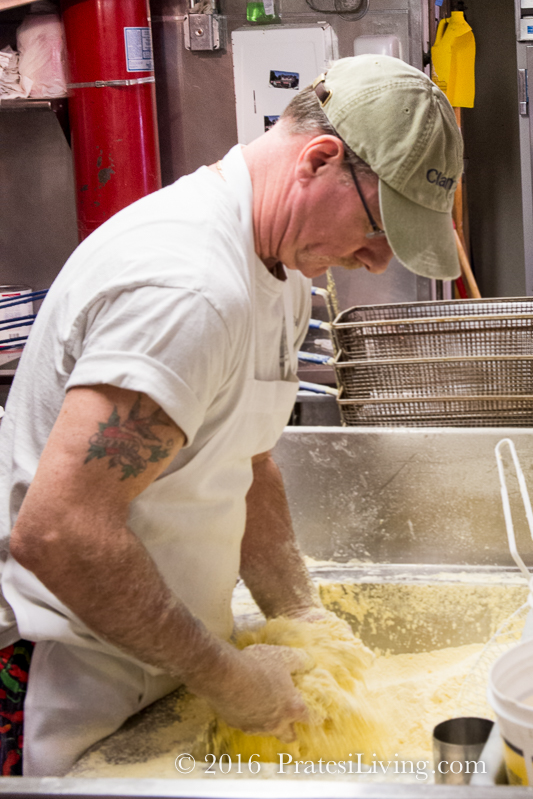 Mixing the clams with the coating at The Clam Box 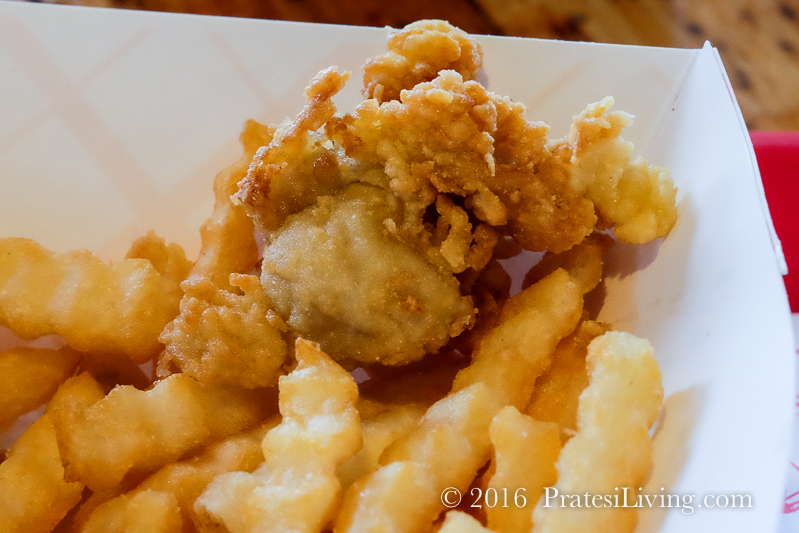 Two Lights’ fried clams. You can see the belly on this golden fried clam. 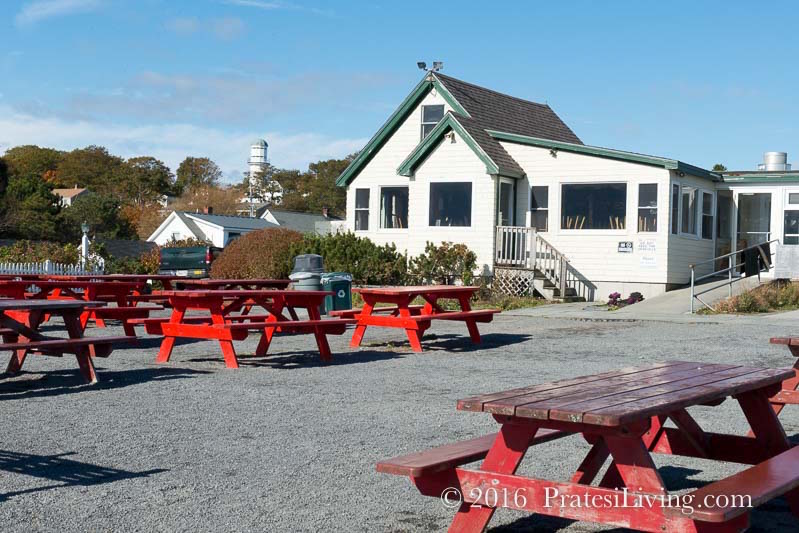 The Lobster Shack at Two Lights – Cape Elizabeth, ME 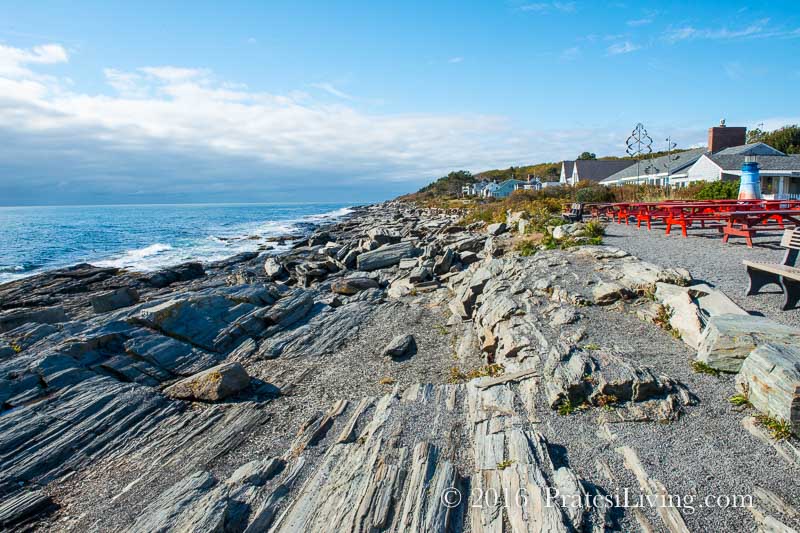 A view from The Lobster Shack at Two Lights

As previously mentioned, there were also some low points. Typically, it was due to overheated oil, old oil, too low a temperature resulting in greasy tasting clams, or too few clams for the price. Some actually had very little flavor, though they were beautifully presented and golden brown. 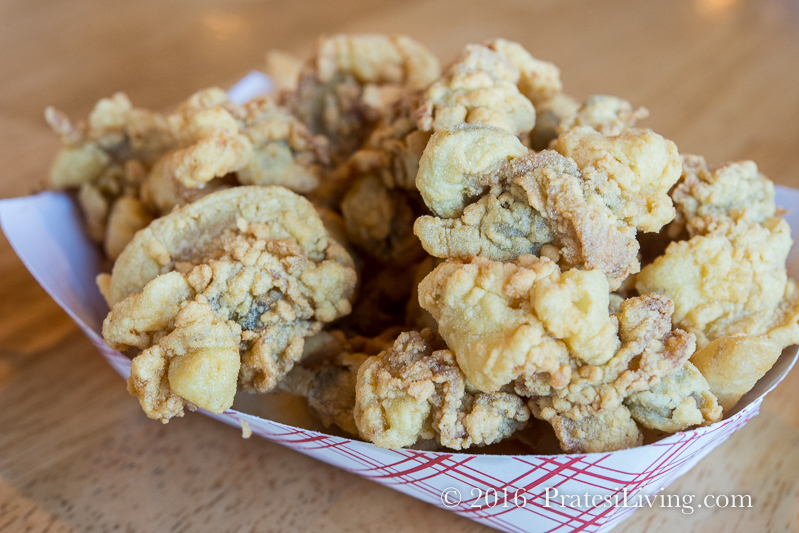 We went in search of the best and on the day we visited, Mabel’s Lobster Claw in Kennebunkport was the clear winner. Their crispy, golden brown, whole belly clams were sweet and delicious. There was a nice brininess and enough flavor, in addition to being a sweet clam, to cause you to savor every bite. I also believe they use a little corn meal in their mix to add a little more texture to the coating. 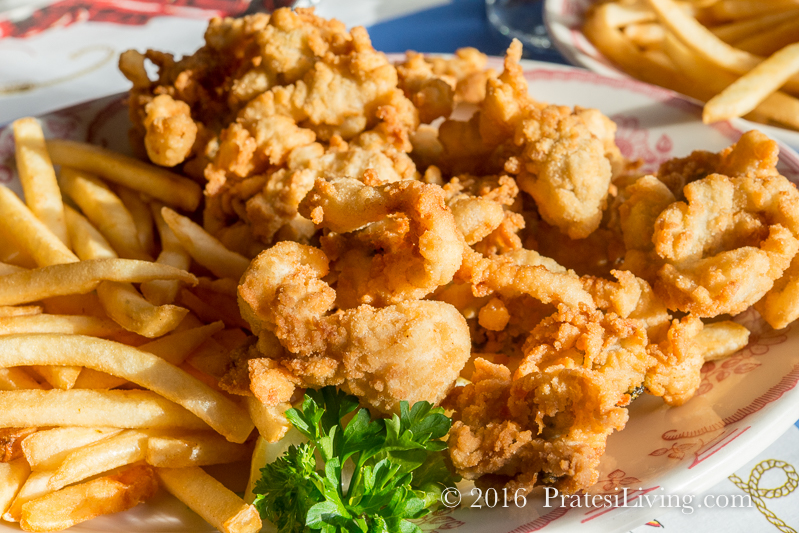 I mention “on the day we visited” because it’s important to remember what we pointed out at the beginning of this article. Each day the clam shacks must source from what’s available. Some days will clearly be better than others. Secondly, if you happen to arrive when the oil isn’t quite hot enough, or it’s just before they change out the oil, the quality and taste will be different.

There are just a few key variables that go in to making the best fried clams, but there are clearly certain clam shacks that try very hard to maintain the consistency of their product from sourcing to cooking and presentation. Here is a list of the clam shacks, in alphabetical order, that we think will provide an outstanding product, and may be the very best on any given day.

We tried other clam shacks, but they didn’t match the quality and taste of those mentioned above. We don’t think it’s fair after one sampling to suggest this was indicative of the everyday quality of their product, so we won’t make mention of them. Those mentioned above were all very good to excellent with Mabel’s being superior on this particular day. 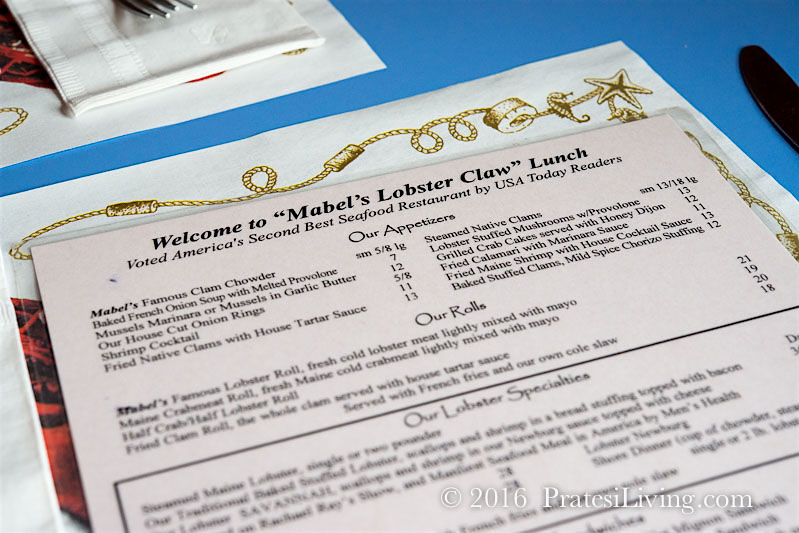 What’s your favorite clam shack on the New England coast from Boston to Portland? Let us know. We’re thinking of developing a similar list from Boston to Rhode Island, but I think we’ve had enough fried clams to keep us full for quite some time, so that list will have to wait.

We participate in the Amazon Services LLC Associates Program, an affiliate advertising program designed to provide a means for us to earn fees by linking to Amazon.com and affiliated sites.
posted on June 28, 2016 in Leisure, New England, The Northeast, Travel
0 comments »