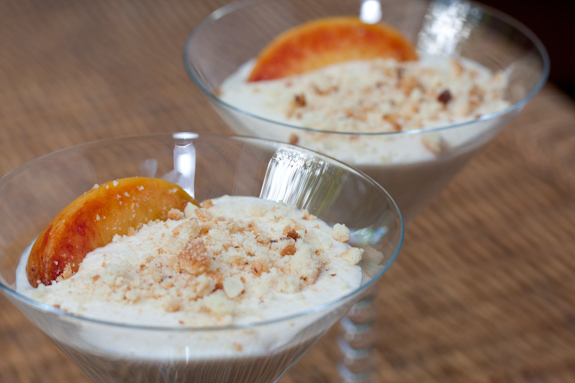 I was invited to participate in this month’s Hay Hay it’s Donna Day! event by my friend Mardi at eat.live.travel.write. She won last month’s event, so she was asked to host this month’s round-up. Now, you may be saying, who is Donna Hay and why does she have a day? I know I did!

Donna Hay is Australia’s leading food editor and best-selling cookbook author. She has been likened to the United States’ Martha Stewart. Several years ago a group of food bloggers decided to celebrate Donna Hay and her cookbook, Modern Classics, by having a monthly event where one of her recipes is prepared and everyone participating in the event submits it to the monthly host.

Denise at Chez Us is the blogger who has put this event together, so cheers to both she and Mardi! It was a lot of fun to participate and besides, now I know who Donna Hay is! 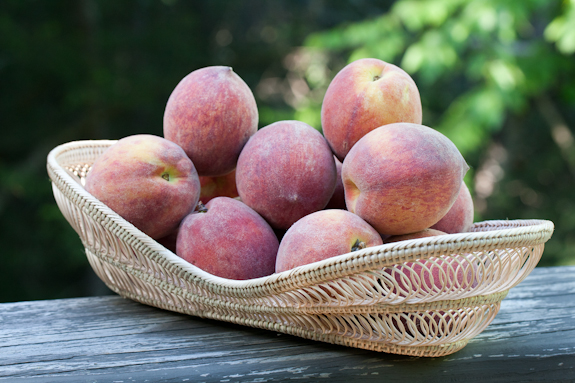 The recipe we were asked to prepare is a dessert, Blackberry Cheesecake Pots. Well, of course, I could not find blackberries anywhere when I needed them. Besides, it is far more fun to not do what you have been told, so I made Peach Cheesecake Pots.

I found some beautiful South Carolina peaches while en route to North Carolina, so I decided to use those. How bad could peaches be with cream cheese and heavy cream? (Bad for my husband’s diet, but he did not have any). For those of us that did opt to have a few more calories after dinner, the dessert was absolutely delicious! I served it in a martini glass because it looked really pretty and topped it with biscotti crumbles. The almond flavor of the biscotti worked incredibly well with the peaches and cream cheese.

Mardi had suggested using heavy whipping cream instead of light cream (as the original recipe was written), and whipping it prior to adding it to the mixture, so I took her advice. I also decided to fold the whipped cream into the mixture instead of adding it to the food processor (per the original recipe). I think it might have given it a lighter texture. 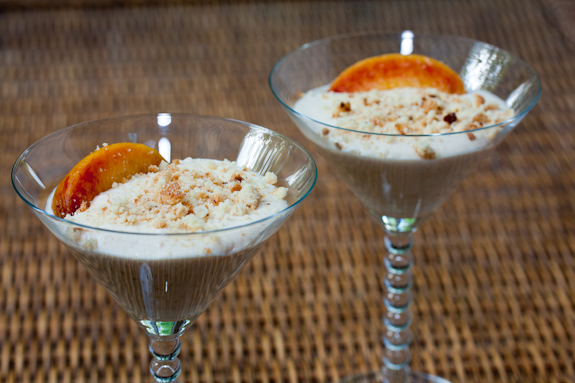 After taking these pictures, I disassembled the dessert and popped it into a container to take over to a friend’s house for dessert. Now, I know you are thinking that is kind of gross, but, if you know me, you know I play with my food. My t-shirt that I had created for Camp Blogaway even said so!!

Just for fun, I threw the container in the freezer at my friend’s house and a couple hours later, we had a semi-frozen version of this dessert and served it in cocktail glasses, topped with the biscotti crumbles. This was the best option. I would definitely serve it frozen next time!

Whip the heavy cream until stiff peaks form. Set aside. Process the cream cheese, sugar and vanilla in a food processor until smooth. Add peach slices and process until slices are in smaller chunks. Put mixture into a bowl. Fold in whipped cream. Pour mixture into 4 (4 ounce) dishes and refrigerate for 1 hour or until firm. Serve with the biscotti crumbles and the additional peach slices. Serves 4.

* This is also delicious served partly frozen. Freeze for approximately two to three hours before serving.

We participate in the Amazon Services LLC Associates Program, an affiliate advertising program designed to provide a means for us to earn fees by linking to Amazon.com and affiliated sites.
posted on May 27, 2010 in Desserts, Recipes
39 comments »