From the Boardroom to the Barn at River Road Farms! and a recipe for Summer Berry and Peach Crisp 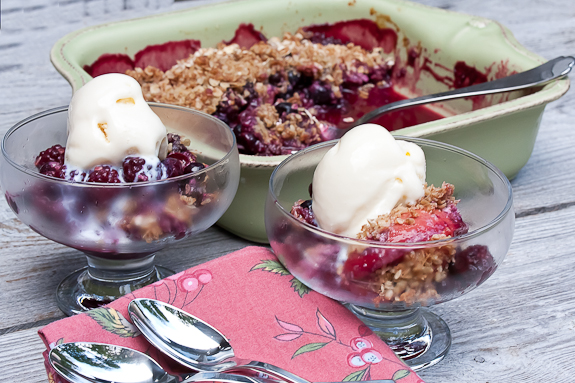 Here is another adventure in the On the Road with Bunkycooks series. This time we went to a berry farm. You know how much the Bunkycooks love fresh fruit (especially really fresh, just picked fruit!), so what could be more fun than picking our own berries on a lovely Summer day? We did not go to just any berry picking place, we went to the Jordan’s River Road Farms in Franklin, North Carolina! 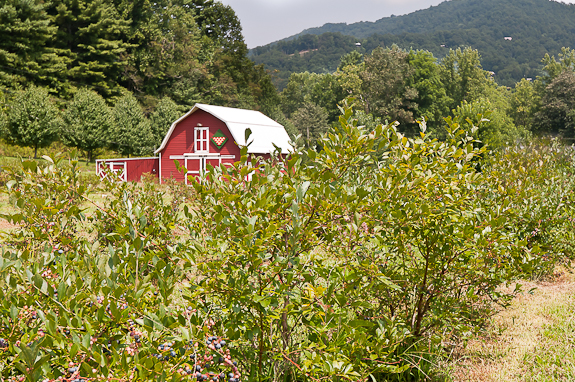 I have to tell you right off, that our first meeting with Lenny Jordan was an awkward one. I had contacted Lenny and Jean Jordan about doing some berry picking, but did not realize that they send out a weekly email called a “Berry Alert,” advising when it’s okay to come and pick their berries. 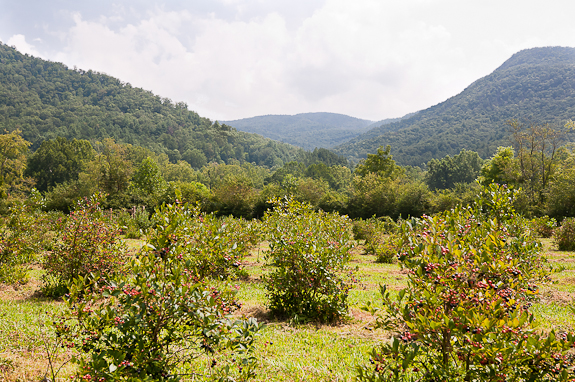 So, not knowing that slightly major fact, one day while we were over in the Franklin area, we decided to pay River Road Farms a visit and go picking! I had at least sent an email telling them I was coming, so I assumed it was okay. I had called and left a message, too! 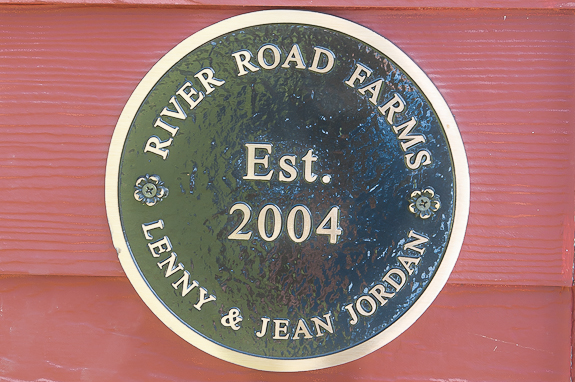 We drove up and saw the farm and a house next door. We saw a tent and lots of buckets to put your berries in. However, after much berry picking, we then were not quite sure how to pay for them since nobody was home and there was no place to leave the money! Later on we found out that the farm belongs to the Jordans, but the house on the property belongs to their friend! 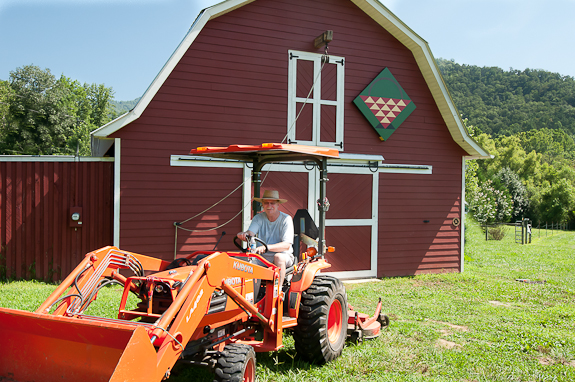 Now, we had been berry bad (I just had to say that) and we were feeling pretty weird, so we called their number again and didn’t get an answer. Maybe they take IOU’s just like Karen at The Lick Log Mill Store?! So, needless to say, our first face to face meeting was when Lenny got to meet the Bunkycooks (alias berry thieves)! 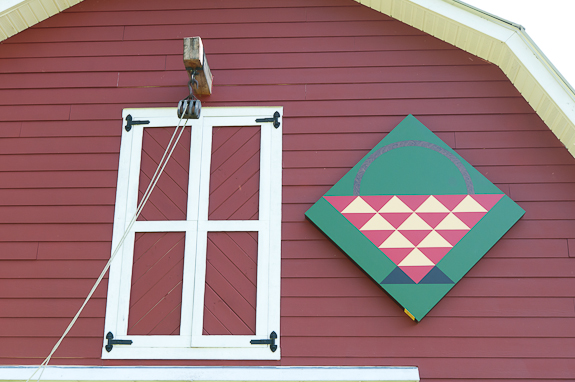 Their Macon Country Quilt Patch is of a Berry Basket! Very cute!

I have to say that the Jordans’ story is another fascinating one. Lenny was an Executive with a very large corporation based in Atlanta, Georgia. In 1999, Lenny and Jean Jordan bought a home up on the mountain in Franklin, North Carolina. Lenny told us that as they would look down into the valley below their home, they kept seeing much of the land in the valley being taken up by new housing. So one day, they decided to buy a piece of that land to preserve it and turn it into a farm! 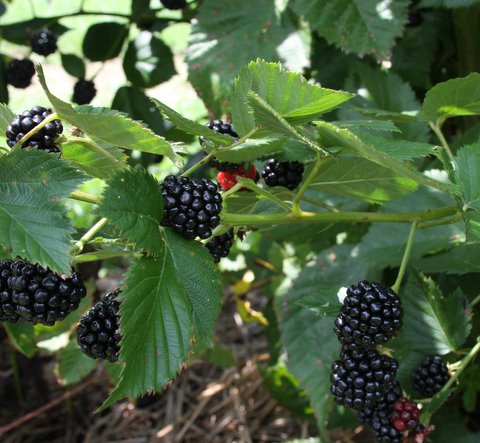 This photo is courtesy of River Road Farm.

The land on what is now River Road Farms was purchased in 2004 and the Jordans, who retired three years ago, grow blueberries, blackberries, various veggies, herbs and really pretty flowers. The blueberries and blackberries are the primary crops, but every now and then Lenny will pop a few peppers in your bag along with some other goodies!

This farm was truly born out of a love for the land and a desire to preserve it as well as giving back to the community by providing a place where local people can come and pick fresh berries (like the Bunkycooks!). Lenny says that one of his fondest memories is of a little girl that came to pick berries with her family. At the end of the visit her bucket was empty but her clothes and face were covered in berry juice! 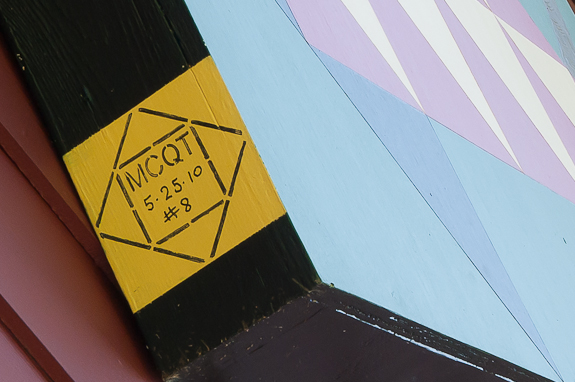 River Road Farm is #8 on the Macon County Quilt Trail.

END_OF_DOCUMENT_TOKEN_TO_BE_REPLACED

38 comments on “From the Boardroom to the Barn at River Road Farms! and a recipe for Summer Berry and Peach Crisp”