by Gwen Pratesi • Recipes, Side Dishes, The South, Travel 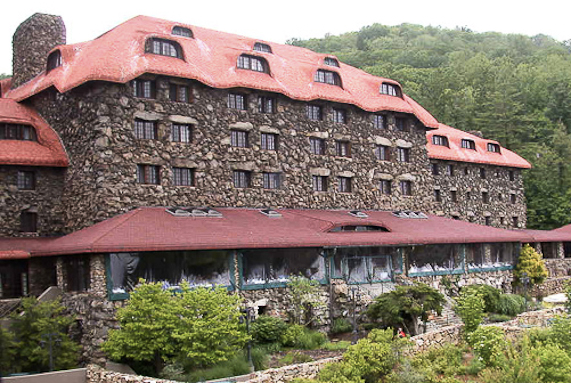 This is the 2nd post in my series of On the Road with Bunkycooks and the first article on our trip to Asheville, North Carolina and The Grove Park Inn. 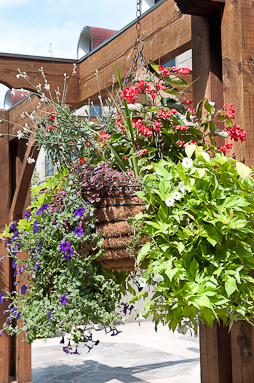 The Bunkycooks traveled to Asheville to stay at The Grove Park Inn for a couple of days so that we could meet their Executive Chef, Denny Trantham, to speak with him about the use of local foods in support of their farm to table philosophy at the hotel.

Asheville, a mountain town located in the Appalachian region, is known for handmade crafts, music festivals and food. As we walked down the streets of Asheville, we were impressed by the sense of community and sharing that seems to be a part of everything and everyone there.

When we first walked into The Grove Park Inn, I thought I was in the movie The Shining and started looking for Jack Nicholson in the Great Hall! The hotel was built in 1913. This is a grand old hotel with a rich history. If you have seen that movie and have been to The Grove Park Inn, you will understand the resemblance. Then we were told about the Pink Lady!

There are stories of a young woman who was wearing a pink nightgown who fell to her death in the Palm Court atrium in the hotel sometime around 1920. Guests have reported seeing the “Pink Lady” and have also had personal encounters with her. In fact, one guest said that she was lying in bed and thought she was holding her husband’s hand, however, she then realized that he was not in the bed because he was across the room! When the woman turned to see whose hand she was holding, the sensation of the hand in hers disappeared. 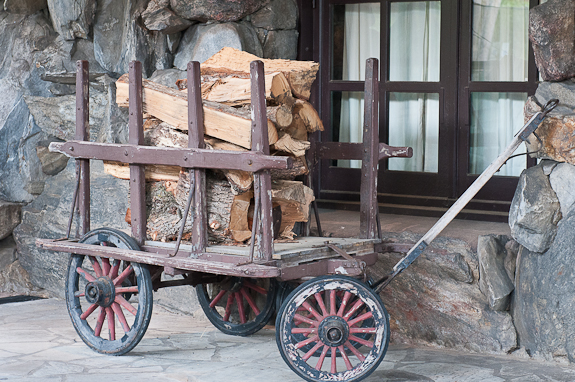 When we checked in, we were given room 527. I heard that the Pink Lady likes to visit room 545, which was just down the hall from ours. I thought at this point that rather than writing about the use of local foods at The Grove Park Inn, I might end up with a story for Ghost Hunters!

I did survive the visit with no encounters of the Pink Lady kind and we had a wonderful stay, so now I can get back to why I went to visit Asheville! 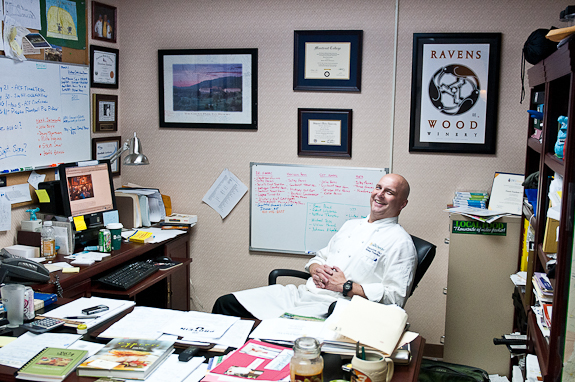 Chef Trantham in his office

I was introduced to Chef Trantham by Zeb Jolley. If you read my article about Jolley Farms, you will remember that Zeb and Chef Trantham have a relationship going way back, but most recently, Zeb started to grow some of the produce for Grove Park Inn (including micro greens and beets, heirloom tomatoes and specialty squashes). 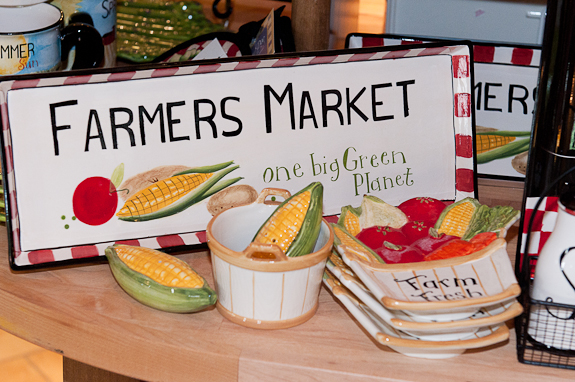 Since his appointment as Executive Chef at The Grove Park Inn (about 10 months ago), Trantham is trying to think more locally. As a 7th generation Appalachian, he has grown up with many of the local farmers and is trying to help support their efforts as well as the community through the purchase of local products. He said that it really became obvious what needed to be done when he realized he was paying as much in shipping costs as he was for a product. 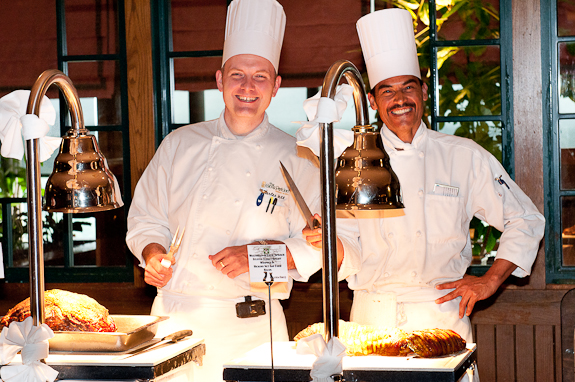 As you can imagine, this is very difficult to do with a 512 room hotel with three restaurants and a large catering operation. One restaurant at The Grove Park Inn, The Blue Ridge Dining Room, is the focus of the farm to table philosophy. Chef Charles Jett is the Chef de Cuisine of that restaurant. Chef Trantham says that they are also buying locally, whenever it is possible, for the rest of the hotel. 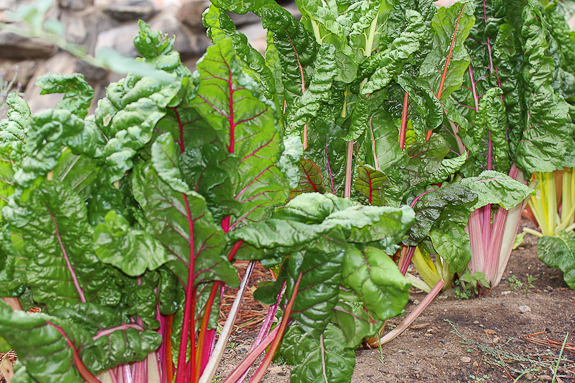