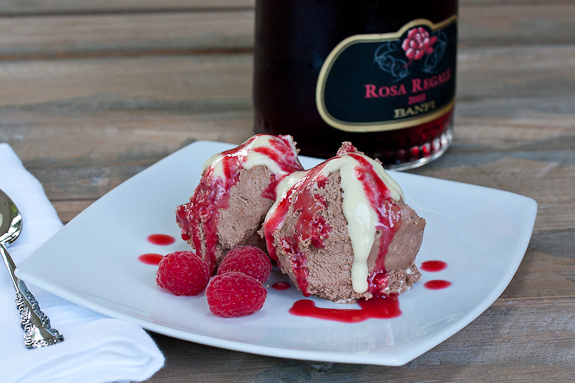 This months Daring Bakers Challenge was hosted by Dawn from Doable and Delicious. Thank you Dawn for creating such a fun challenge! We made Chocolate Pavlovas with Chocolate Mascarpone Mousse. Here is a brief history of the origins of Pavlova.

No one knows who first created the Pavlova. But the name and the recipes first began appearing soon after Russian prima ballerina, Anna Matveyevna Pavlova (1881-1931), toured both Australia and New Zealand in 1926 and Australia again in 1929. Anna Pavlova was considered the greatest ballerina of her time and her visit to New Zealand has been described as “the chief event of 1926.” It was said “She does not dance; she soars as though on wings.” From this you get the sense that this is a light, airy dessert.

There is a controversy with both Australia and New Zealand. While it has been suggested this dessert was created in New Zealand, it has also become recognized as a popular Australian dish. Both countries claim to have invented this dessert and claim it as their national dish.”

The version of Pavlova that we made was based on a recipe from Chocolate Epiphany from Francois Payard. It was a chocolate variation of the traditional Pavlova.

I have to tell you that I was incredibly excited about this challenge when I saw what we were making. I love to prepare desserts (especially chocolate ones) and besides that, they photograph really well!

I decided to wait until I had company to make this since it was a very special dessert. Besides, we did not need any more rich desserts after just polishing off this last batch of homemade vanilla ice cream with blackberry sauce.

Of course, I waited until the last minute to make this month’s challenge. I have been a little busy with other things this Summer. Unfortunately, I also happened to be in the mountains at 4200 feet in a rainforest and had to deal with damp, high altitude baking when I decided to make this. Well, I can tell you, this creates disastrous situations for baking! I missed the Daring Bakers Challenge for Croquembouche last month because my tiny cream puffs were golf balls. So, I had to redeem myself this time around, no matter what!

I wish I had taken a picture of my perfect meringue and the beautiful free form shapes I made. I was, however, rushing around trying to get ready for guests, so I didn’t. So, you will never see how pretty they were!

I was on the phone with my soon to arrive guests when I decided to peek in the oven after one and a half hours to see how my meringues were getting along. Well, my friends on the phone thought I had a bear in the house or something like that because I shrieked in horror as I saw my beautiful meringues flattened out like a bad batch of chocolate cookies! 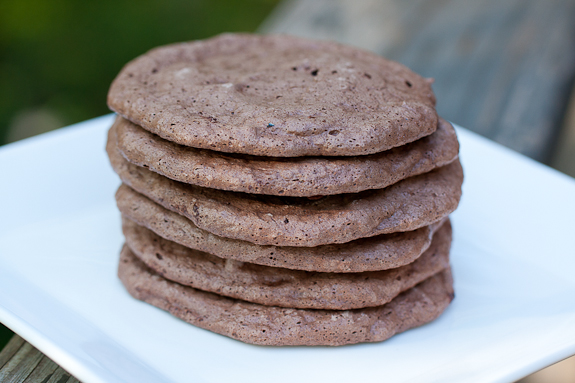 Page: 1 2
We participate in the Amazon Services LLC Associates Program, an affiliate advertising program designed to provide a means for us to earn fees by linking to Amazon.com and affiliated sites.
posted on June 29, 2010 in Baked Goods, Desserts, Recipes
36 comments »