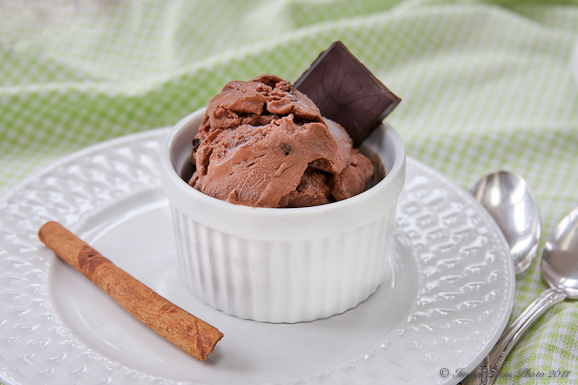 What comes to mind when you think of summertime?  This year we all might talk about the extreme heat, but normally you might discuss vacations to the beach, barbecues in the backyard and all the great foods that we associate with summer.

Those foods just might include ribs and chicken on the grill, steamed lobster, fresh sweet local corn, dill potato salad, a big juicy watermelon and ice cream or gelato.  There is no comparison to homemade ice cream or gelato, so if you haven’t made a batch of your own yet, now is the time to start.

These frozen concoctions are incredibly simple to make.  Gelato is probably the easiest as it generally does not require making a custard base.  This particular recipe does have you thicken the milk with cornstarch.  The results are a beautifully rich, silky and decadent chocolate gelato. 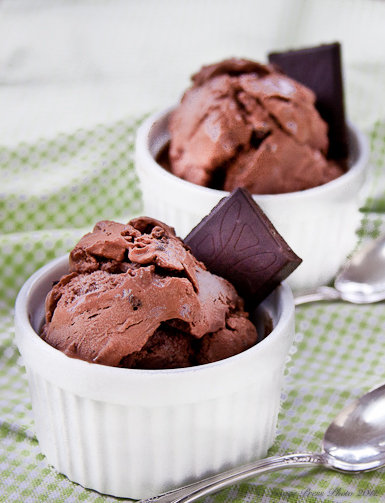 I chose a Vietnamese cinnamon that I thought went well with the bittersweet chocolate.  I really liked the prominent cinnamon presence, but if you are hesitant about a strong cinnamon flavor, you might want to cut the amount back a little bit or use regular cinnamon that you purchase at the grocery store.

Use Scharffen Berger chocolate.  It’s all about the chocolate in this recipe, so be sure to invest in a good one.  The original recipe called for crushed toffee candy (like a Heath bar), but I substituted crushed pieces from a Valor Dark Chocolate with Truffle and Almond bar.  If there was ever to be a real death by chocolate, this just might be it! 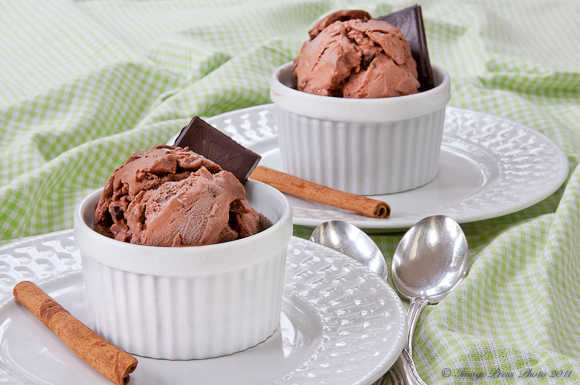 I may have them both. Shhh...don't tell!

If you do not have an ice cream maker, I suggest this Pure Indulgence model by Cuisinart.  It is my favorite. 🙂

Transfer gelato base to medium bowl. Mix in cream. Place bowl over large bowl filled with ice and water and cool, stirring often, about 30 minutes.

Process gelato base in ice cream maker according to manufacturer's instructions, adding toffee during last minute of churning. Transfer to container; cover. Freeze at least 3 hours and up to 2 days.

Adapted from a recipe by Dorie Greenspan
Bon Appetit - June 2006

We participate in the Amazon Services LLC Associates Program, an affiliate advertising program designed to provide a means for us to earn fees by linking to Amazon.com and affiliated sites.
posted on July 22, 2011 in Desserts, Recipes
17 comments »