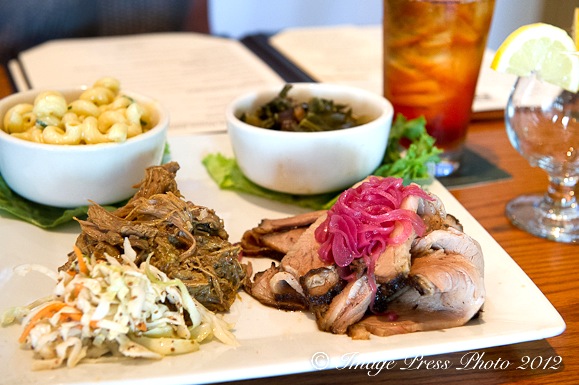 And in the end it’s not the barbecues in your life that count. It’s the life in your barbecues. – Abraham Lincoln

A chef originally from Maine making Southern barbecue that is truly outstanding…really?!  We were pleasantly surprised when we visited Cherrywood BBQ & Ale House in the Osprey Point Clubhouse on Kiawah Island in April at Chef Jason Cote’s request.  So surprised in fact, I decided to devote a whole article to the exceptional food created at this restaurant on beautiful Kiawah Island. 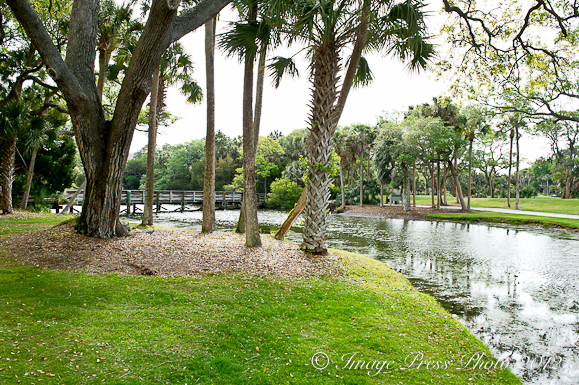 We can get pulled pork and baby back ribs all day long living in the South.  The style differs depending on what part of the South you are in.  Wet or dry ribs.  Chopped, sliced or pulled pork.  Sweet, vinegar, tomato, mayonnaise or mustard based sauces are some of the differences between the regions.  Even upscale restaurants offer their version of these Southern favorites.  While BBQ dishes are not something that we choose to order out or prepare at home often, I have a few recipes for some pretty mean pulled pork and baby back ribs that I rely on when the craving for BBQ strikes.

While we were with Chefs Jason Cote and Brian McGowan visiting Ambrose Farm and Cherry Point Seafood, Jason asked us to visit Cherrywood BBQ to experience his food.  Our schedule was tight, but we decided to stop by for a brief visit.  Just a few minutes later we were sampling a platter of some of Cherrywood’s house specialties including mouthwatering Heritage Farms Pork Shoulder, amazingly moist and tender Overnight Beef Brisket, Collard Greens as good as anyone’s Momma makes and Four Cheese Mac that knocked our socks off.  Twice.

It took all of our will power to leave that plate of BBQ to head off to another appointment.   On our dash out the door we yelled back to Jason, “Save that food.  We’ll be back  as soon as possible.”  We made our next meeting but have to confess that Jason’s BBQ was on our mind.  As soon as that meeting was over we immediately headed back to enjoy more of Chef Cote’s impressive BBQ favorites.  This time he included a platter of perfectly smoked pork ribs and a gorgeous Pork Belly Salad with an Asian twist served with Red Beet Eggs and Pickled Vegetable Salad.

A perfect accompaniment to many of these dishes are some of Cherrywood’s house made BBQ sauces: Kiawah Vinegar Sauce, Governor’s Mustard Sauce, Cherrywood Signature BBQ Sauce, Fire Roasted Onion Sauce, Fire Sauce (a hot and spicy BBQ sauce), and Maple Chipotle BBQ sauce for Chef Cote’s version of wet ribs.  Jason makes the hot sauce in house which is the base for their Fire Sauce.  A new addition to the sauce menu is Ghost pepper and Ginger Sauce.  He says, “I like to mix it up and play with the flavors.” 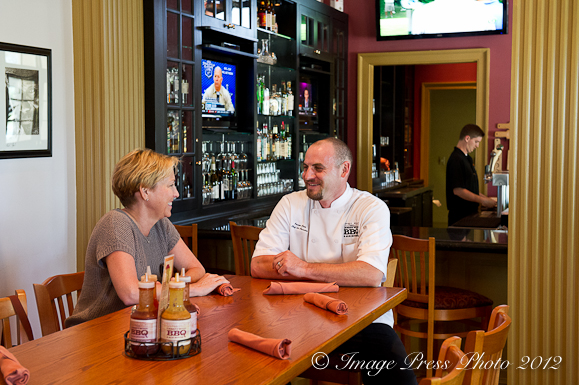 The concept for Cherrywood BBQ replaced the more standard golf clubhouse burger and beer restaurant in this space last year and now people line up for lunch and dinner to enjoy these very special dishes prepared by this guy from Kennebunkport, Maine.  Who knew?!  Of course, burgers are still on the menu and I imagine they are pretty tasty as well.

Jason Cote, the Chef de Cuisine at Cherrywood BBQ & Ale House, has been at Kiawah Island Resort since 2008.  A graduate in Culinary Arts and Hospitality Management, Cote has spent 16 years traveling from his hometown of Kennebunkport to South Carolina by way of California where he catered big budget movies.  He went on to work as a private chef on a yacht in Florida.  His resume also includes two impressive local restaurants including Magnolias (Charleston, S.C.) and the Kiawah Island Beach Club.  Not bad gigs if you ask me. 😉 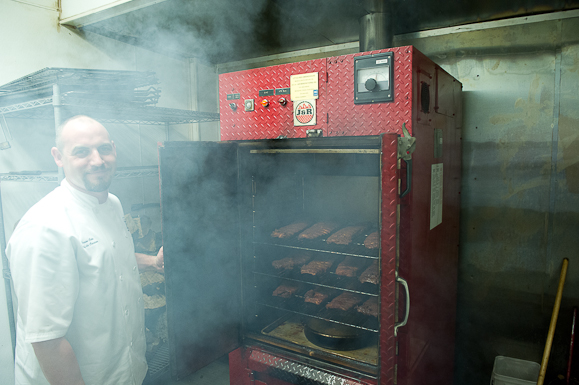 It gets pretty smoky in Chef Cote’s smokin’ room

Page: 1 2
We participate in the Amazon Services LLC Associates Program, an affiliate advertising program designed to provide a means for us to earn fees by linking to Amazon.com and affiliated sites.
posted on June 22, 2012 in Condiments, Recipes, The South, Travel
7 comments »