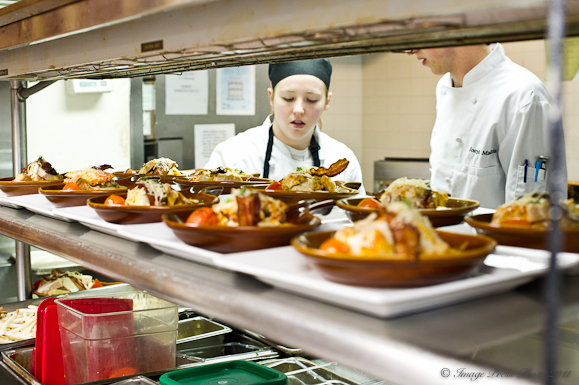 We thought it would be fun to head to Louisville, Kentucky, last week to get into the Kentucky Derby spirit since the derby is just a few short weeks away. Of course, we went right to the source to find out how to make some of the best Derby Day dishes and learn about the traditions behind those recipes. 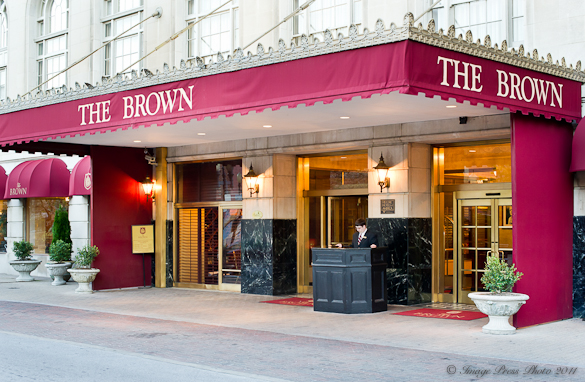 The Brown Hotel has received many awards, including the Top 25 Best Hotels in North America by Condé Naste Traveler Magazine and Best Hotel/Resort in Kentucky by Kentucky Monthly Magazine. Their English Grill fine dining restaurant has received AAA’s Four-Diamond restaurant award and was recognized by ForbesTraveler.com for the Chef Table Top Ten.

This elegant and historic landmark in downtown Louisville is a true step back in time.  You might have guessed that we have a special affinity for older hotels.  Thankfully, this one was not haunted (like Le Pavillon in New Orleans or The Grove Park Inn in Asheville, North Carolina). 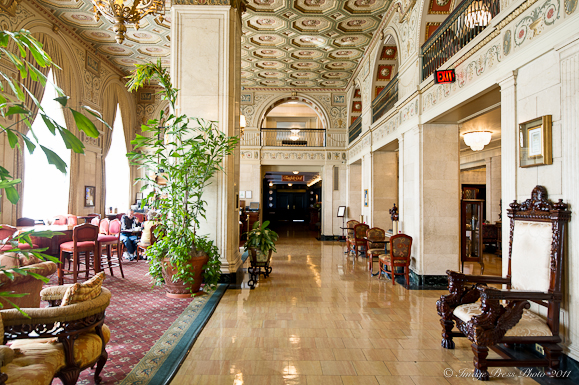 The lobby is so grand and elegant.

We thought for a few minutes we might have been on a roll and hit on another spooky hotel when a pilot at The Thoroughbred Lounge (the lobby bar) mentioned that a few flight attendants have seen ghosts. However, I personally think these gals have had a few too many Kentucky bourbons before their bedtime, don’t you? I could not find any tales about uninvited, special guests, so that’s my opinion and I’m sticking to it. 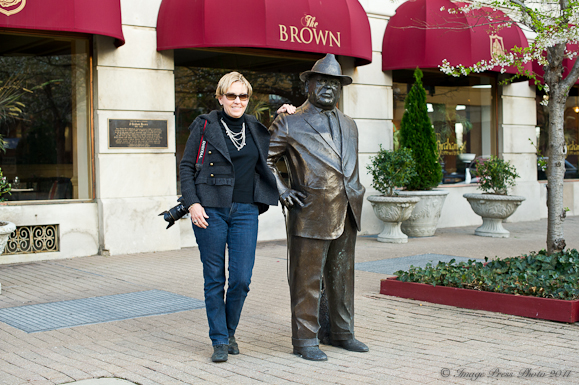 There is a statue of J. Graham Brown outside the entrance to The Brown Hotel.

The Brown Hotel was built in 1923 by J. Graham Brown, a local wealthy businessman.  As with many of these grand old hotels, it has a rich past and has been visited by many well-known guests such as the Duke of Windsor, Elizabeth Taylor, Harry Truman, Gene Autry, and Muhammad Ali. 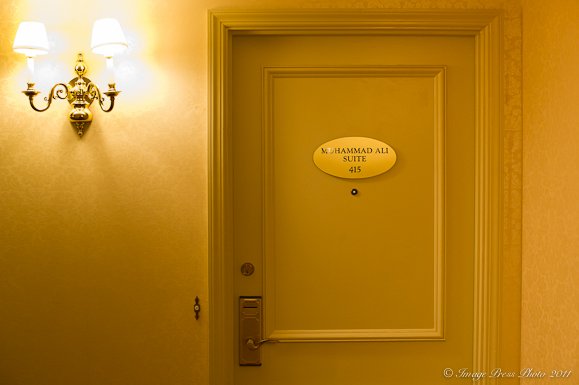 I guess he really stayed here if they named a suite after him!

The hotel opened during prohibition (which lasted until 1933), but that sure didn’t stop anyone from imbibing. Too much late-night partying and dancing is one of the reasons we now have the Hot Brown.

The hotel has also had its share of less glamorous times throughout the years. One of those times was when it flooded in January of 1937 when the Ohio River rose and overflowed into the city of Louisville. A resurgence came along for the City of Louisville and The Brown Hotel with the onset of World World War II. The prosperity of the hotel continued until the city’s residents started moving away from the city in the late fifties as roads and transportation made it easier to move out where there was more land. 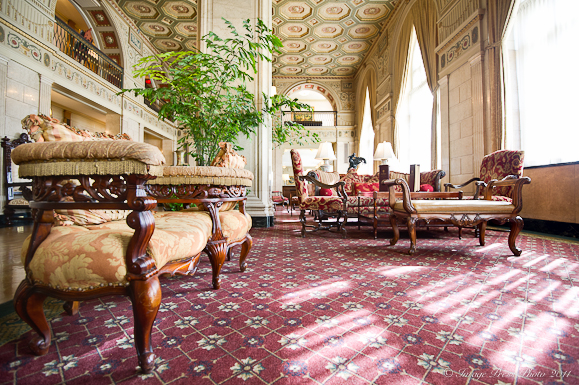 A view of the lobby

Mr. Brown passed away in 1969, and the hotel closed two years later in 1971. It was eventually purchased in 1983, and restoration began. In 1990, the Camberly Hotel Company assumed management, and the hotel was restored to its original grandeur. 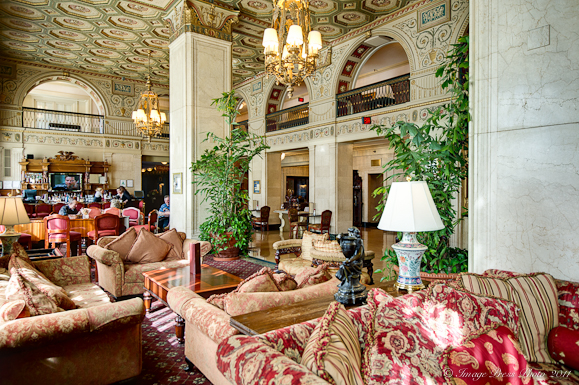 The lobby at The Brown Hotel

Page: 1 2 3
We participate in the Amazon Services LLC Associates Program, an affiliate advertising program designed to provide a means for us to earn fees by linking to Amazon.com and affiliated sites.
posted on April 13, 2011 in Main Dishes, Recipes, The South, Travel
12 comments »

END_OF_DOCUMENT_TOKEN_TO_BE_REPLACED

Leave a Reply to Brian @ A Thought For Food Cancel reply