The ceilings and marble archways in the lobby area are truly spectacular.  I was also fascinated with the original brass bank-teller type windows at the check-in area.  Can you imagine the days when people actually paid cash for everything? 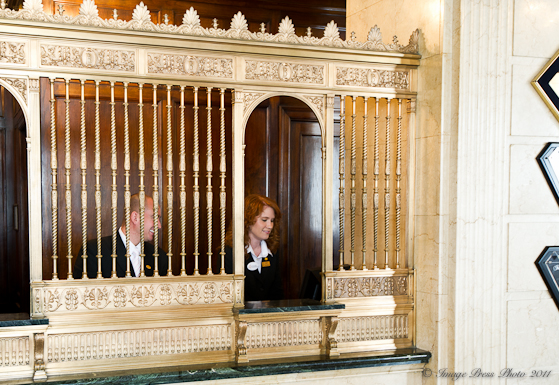 Back in the days when everyone used cash…what’s that?

The Hot Brown has been part of the history of this hotel and Louisville since 1926 when the hotel’s chef, Fred K. Schmidt, invented the Hot Brown.  Chef Schmidt created this sandwich late one night after an evening of dancing and revelry by the guests.

The party goers (as many as 1200 each evening for the hotel’s nightly dinner dance) were tired of late night ham and eggs, so the chef went into the kitchen and used what was available that evening which happened to be turkey, heavy cream sauce, bacon and tomatoes.  Voilà! The Hot Brown was born! 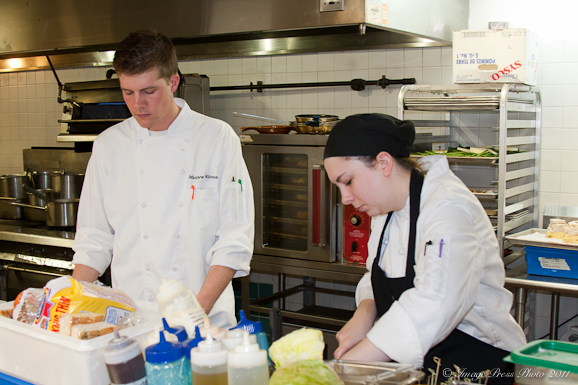 Although the exact original recipe may vary a bit (possibly Hollandaise Sauce rather than Mornay Sauce or some pimento to top the sandwich), this recipe remains the standard.  The Hot Brown has been featured in Southern Living, The Los Angeles Times, The New York Times, Wall Street Journal and on The Today Show. Bobby Flay even challenged the hotel’s chef last March to a Hot Brown Throwdown!  The Brown Hotel won, although it was close.

We met with Chef Laurent Géroli, Executive Chef at The Brown Hotel, to learn how to make the original version, which he does in this video.  He’s so talented and personable on camera that I think he needs to apply to Top Chef! 🙂 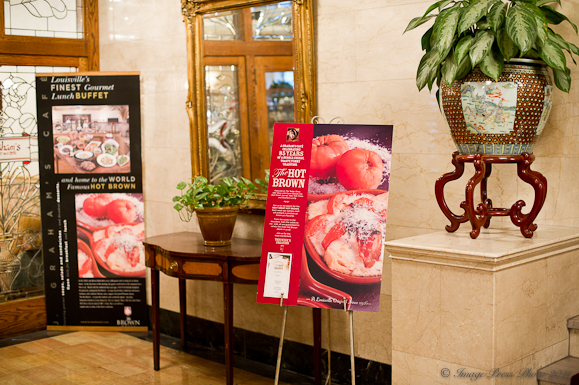 The Hot Brown is the most requested dish at the hotel and is served everywhere you can dine at The Brown Hotel and at nearly every restaurant in Louisville.  We even had a version of the Hot Brown for breakfast one morning.  It was pretty amazing to see them lined up in the kitchen when we were with Chef Géroli.  Everyone I saw in the bar had a Hot Brown dish in front of them.  People even walked through the lobby asking where they could order one.  These rich, little samdwiches are incredibly popular!

The English Grill at the Brown Hotel restaurant is one place that you need not order the Hot Brown and treat yourself to other delightful creations from Chef Géroli and his culinary team. Chef Matthew Wilcoxson is at the helm at this restaurant (under the direction of Chef Géroli). 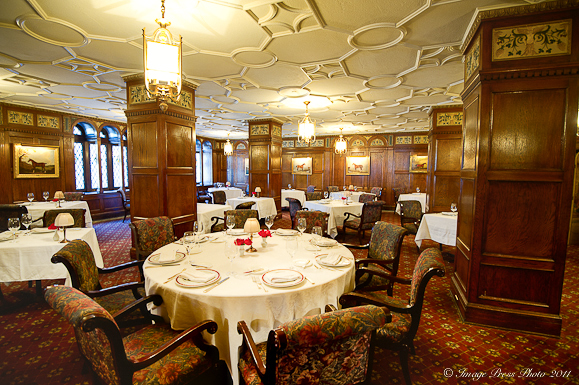 We loved the old world elegance of The English Grill.  The food was creative and there was a mix of what I would call traditional Kentucky flavors along with an international flair.  As one of the finest restaurants in Louisville, it is certainly a place to spend an evening for a special occasion. 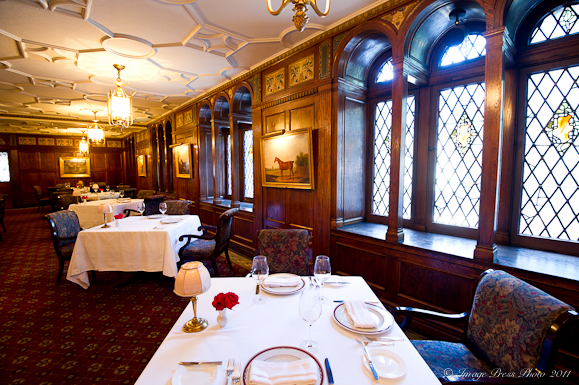 Another view of the English Grill

You must have the Striptease Dessert (no matter how many Hot Browns you have had that day and dinner courses you have just had at The English Grill).  It is not to be missed.  Be sure to ask Chef Géroli to do the honors and light it for you.  Booze and chocolate…I knew I liked this guy! 😉