On board the AmaLegro with AmaWaterways – Paris to Normandy, France

When guests arrive at the AmaLegro in Paris, the ship is docked with a view of the Eiffel Tower in the distance. Every evening at 9 pm, the city’s most famous landmark puts on a spectacular light show and thanks to the commanding officer, Captain Dany, we were able to get a closer view of the Eiffel Tower all aglow and twinkling. We were fortunate to see this both at the beginning and end of the cruise. 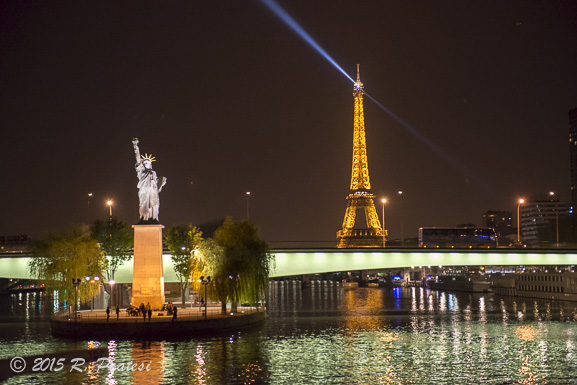 The Eiffel Tower twinkling for all of Paris to see 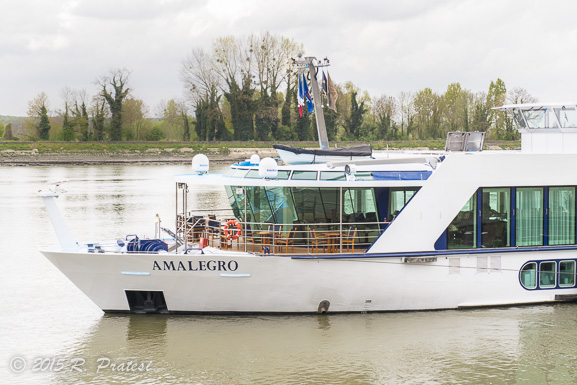 Our home for the week along the Seine – The beautiful AmaLegro

Our first port of call on this 7-day cruise brought us to the charming little town of Vernon. With the morning free to wander through the town, we did just that and found local patisseries, boulangeries, butchers, cheesemongers, and a wonderful fish market. The region of Normandy in the northwest corner of France is known for its lush green grasses and abundance of farms, which produce a French favorite, poulet de Bresse (a local chicken) and a sought after duck from Rouen along with some of the world’s best lamb. The region is also known for its abundance of apples, which are used in desserts such as Tarte Normande (a rich apple tart) and Calvados, the region’s prized apple brandy. 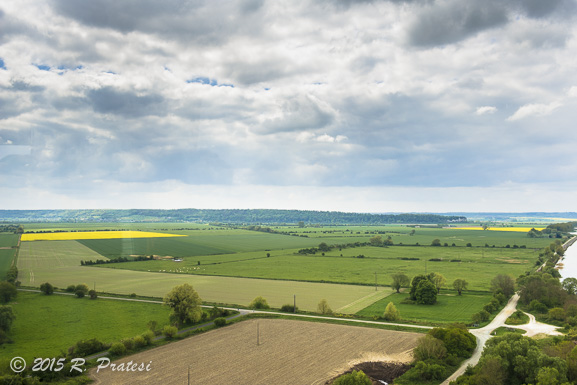 Traveling by bus through the countryside 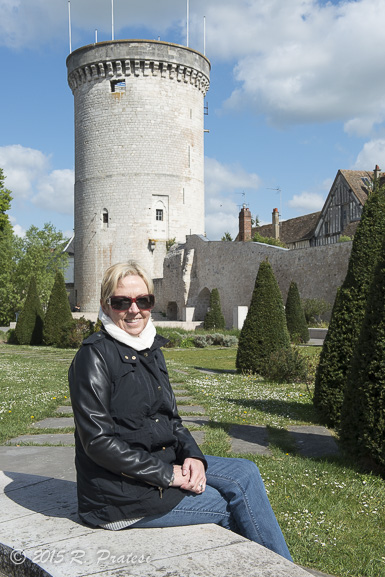 Normandy may, however, be best known for its famous cheeses, such as Boursin, Pont-l’Évêque, and Camembert, and its especially rich cream from the famous Normande cows (vaches Normandes) that graze in this beautiful countryside. When a dish is described with the word “Normande,” it is usually prepared with cream. Fish and shellfish harvested fresh from the Atlantic are also a highlight of this part of France and are found in many regional culinary specialties. Sole, lobster, scallops, and mussels are some of the most plentiful varieties of seafood available. For me, however, there is just one French specialty that I dream about, especially when I’m in France…a warm, crusty French baguette with creamery butter. 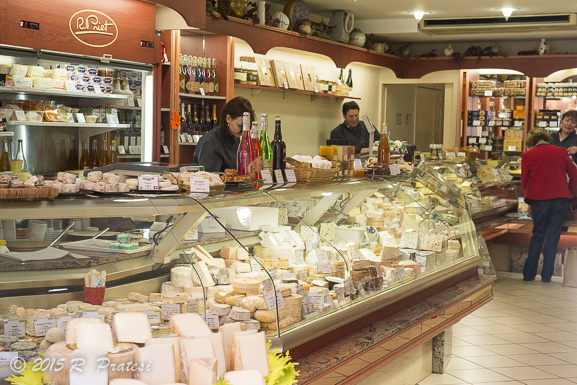 One of the many cheesemongers we visited

River cruises offer the opportunity to spend more time exploring onshore and also provide many included excursions that bring you further inland. While wandering in and out of the delightful local shops, we continued on a mission that began in Paris. We were in hot pursuit to find the best baguette in this part of France. We made a point to stop in various boulangeries in each town throughout our journey to taste the local bread. Our final decision at the end of our trip was that the town of Vernon won. This baguette had the best flavor, texture, and amount of salt out of all the French bread we enjoyed during our time in France. 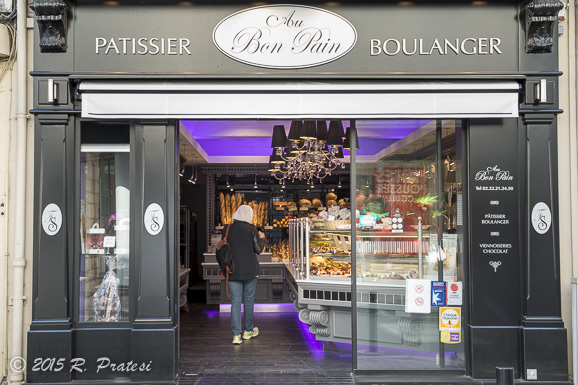 We tried at least one baguette from every port city

After a delightful walk through Vernon, we were transported to Giverny, the famed home of the Impressionist painter, Claude Monet. His interesting personal story combined with the serene, yet stunning setting, made this excursion one of the most memorable of the trip. At almost every turn, it was as if you were looking at one of Monet’s striking paintings. Crossing this item off of our bucket list, you can see why his beautiful home and gardens were an inspiration to not just Monet, but also to many of his contemporaries during the Impressionist era. 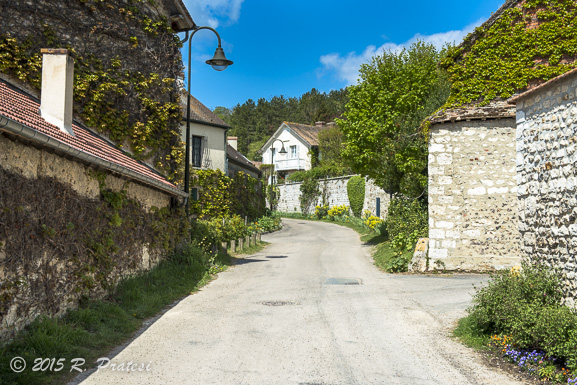 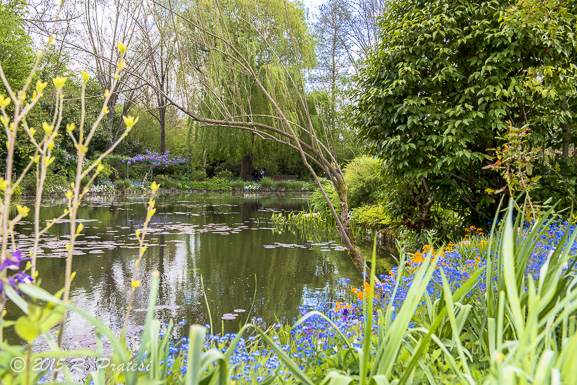 Monet’s garden and pond – Just like one of his paintings

Arriving next in the port city of Caudebec-en-Caux, we visited their lively local market in the morning followed by an excursion to the colorful and picturesque seaside town of Honfleur.  In Honfleur, we meandered through the winding and narrow cobblestone streets sightseeing and had lunch at an outdoor café overlooking the boat-filled harbor. In the next port city of Rouen, we took a guided walking tour and saw its Old Market Square, made famous by the burning of Joan of Arc at the stake. Rouen is also home to the Cathedral of Notre Dame, a favorite subject of the painter Claude Monet, and the burial site of William the Conqueror’s father and King Richard the Lionheart of England. 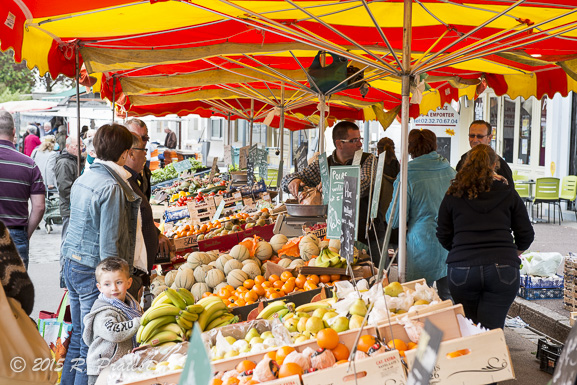 The market in Caudebec-en-Caux 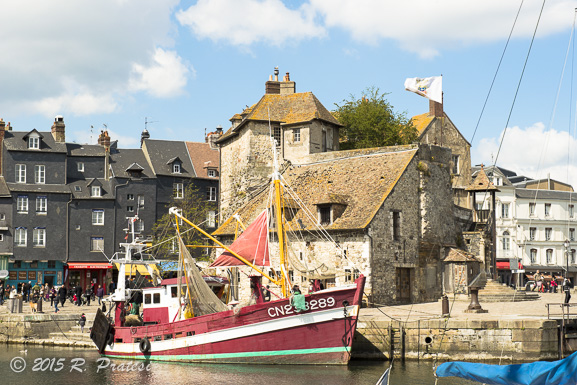 The lively and colorful seaside town of Honfleur 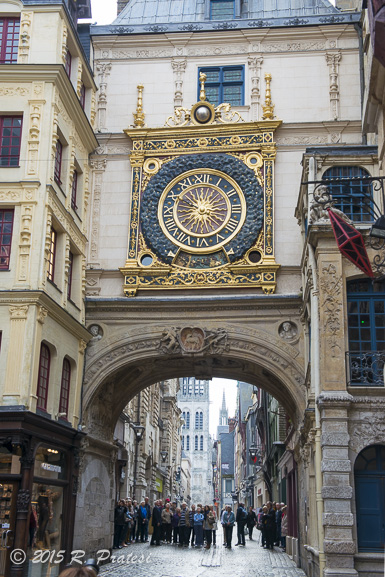 The famous clock tower in the medieval section of Rouen

Page: 1 2 3
We participate in the Amazon Services LLC Associates Program, an affiliate advertising program designed to provide a means for us to earn fees by linking to Amazon.com and affiliated sites.
posted on January 27, 2015 in Cruises, Europe, Favorites, Travel
7 comments »

END_OF_DOCUMENT_TOKEN_TO_BE_REPLACED

7 comments on “On board the AmaLegro with AmaWaterways – Paris to Normandy, France”