On the Road to Kern’s Kitchen in Louisville, Kentucky – Home of the Derby Pie ® 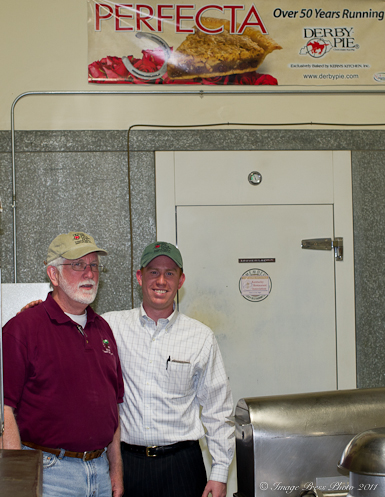 Happy Saturday to you!  The weekend is here and I hope you have some fun things lined up for your enjoyment.  We have been traveling all week again, so I missed writing a Casual Friday post.  We will get home later today after another week filled with lots of interviews, food and booze.  It’s a tough job, but someone’s got to do it. 😉

I thought we would head back to Louisville, Kentucky today and share with you another one of our stops while in the Commonwealth of Kentucky.  How about some Derby Pie since it is almost time for the 137th running of the Kentucky Derby?  The only place you can get the one and only original Derby Pie® is from Kern’s Kitchen right outside of Louisville.  Derby Pie® is the official pie served at Churchill Downs on Derby Day.

We met with Jon Rupp, Sales Manager for Kern’s Kitchen, and the 4th generation of family baking the famous Derby Pie® along with his father Alan Rupp, who is President of Kern’s Kitchen.  It was Jon’s great grandparents that invented this famous pie in 1954. 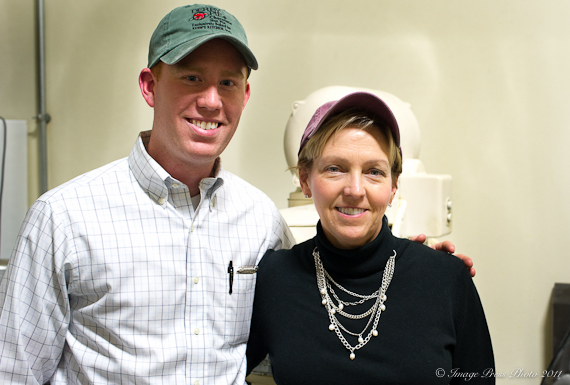 Me with Jon Rupp at Kern’s Kitchen

The first Derby Pie® was created by Walter and Leaudra Kern at The Melrose Inn in Prospect, Kentucky.  Jon told us that his great grandparents were looking for a signature dessert for their inn.  After creating and testing many recipes, the Kerns decided on this pie.  They had family members put their favorite names for the pie in a hat and they literally drew the name Derby Pie® from that group of names one evening. 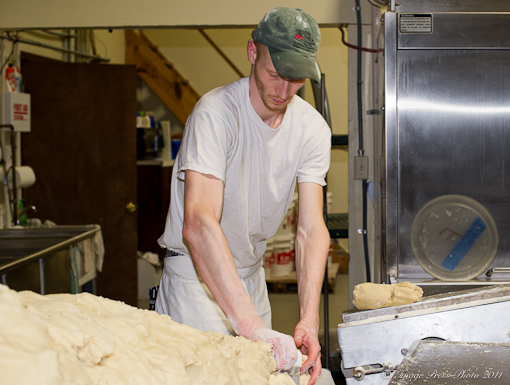 They hand cut the pie crust dough before it goes into the machine.

This recipe is so famous and so secret that the family went to the U.S. patent office in Washington to register their pie in 1968.  Since that time, there have been several arguments over the right to the name Derby Pie®, however, the Kern family has been able to keep and protect their rights to their trademarked product over the years. 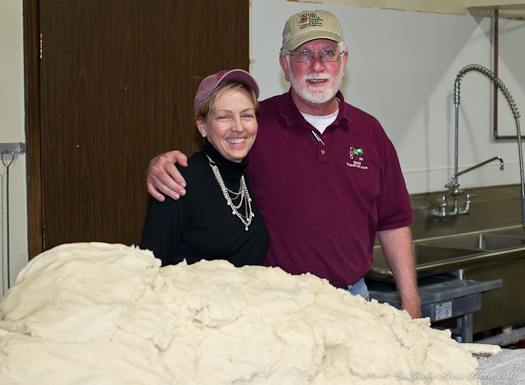 That’s a whole lotta dough! Me with Alan Rupp.

Jon said that originally the pies were baked at home, four at a time and were cooled by sitting on the back porch.  Today, at their facility outside of Louisville, they are still essentially made by hand, but the pies are now baked eighty at a time in two industrial ovens. 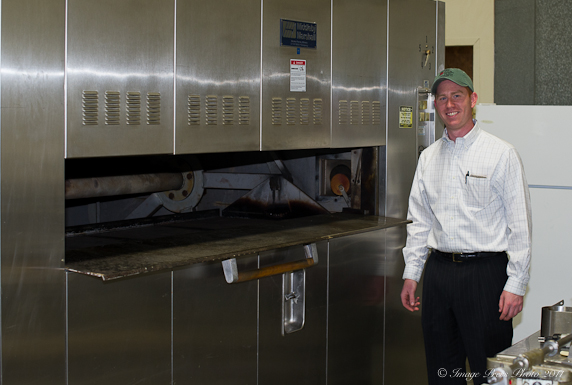 Here is one of the ovens they bake the pies in. 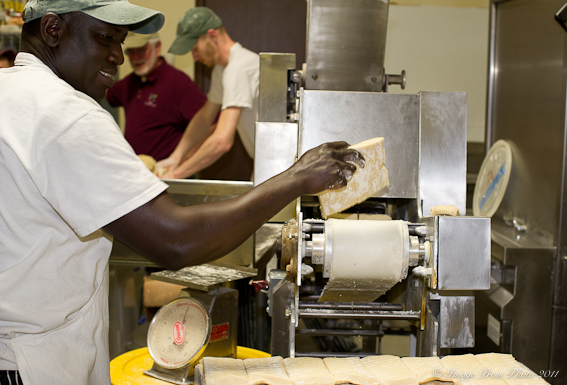 Each piece of pie crust is cut before placing in the pans to be pressed.

Jon told us that there have only been two people outside the Kern Family to know the secret recipe.  In fact, the pie baker is the only one allowed in the room when the pies are being filled and baked.  This is a double secret mission to bake these pies. 😉 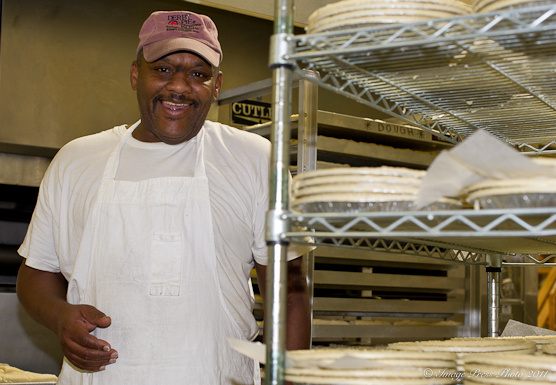 There are stacks of pie crusts waiting to be filled.

Page: 1 2
We participate in the Amazon Services LLC Associates Program, an affiliate advertising program designed to provide a means for us to earn fees by linking to Amazon.com and affiliated sites.
posted on April 23, 2011 in Condiments, Recipes, The South, Travel
11 comments »

END_OF_DOCUMENT_TOKEN_TO_BE_REPLACED

11 comments on “On the Road to Kern’s Kitchen in Louisville, Kentucky – Home of the Derby Pie ®”