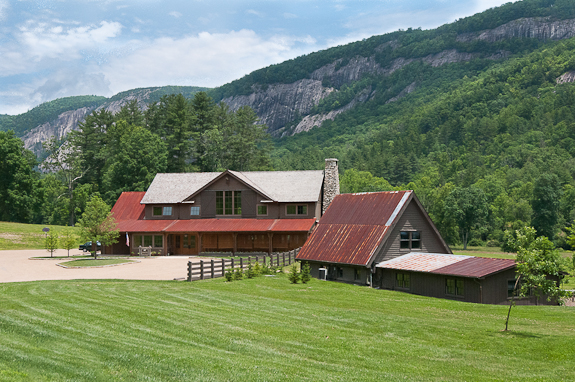 This is the second article in my series of interviews with Great American chefs and the fourth on special places in the Highlands-Cashiers plateau.

I had the pleasure of being able to sit down with Chef John Fleer a few weeks ago at his beautiful restaurant, Canyon Kitchen, which is located in what is called Jennings Barn at Lonesome Valley in Cashiers, North Carolina. Jennings Barn was originally intended to be a clubhouse for the development at Lonesome Valley, but the owners changed their mind and decided to invite Chef Fleer to open a restaurant in the building instead. (How fortunate for all of us who live nearby!) 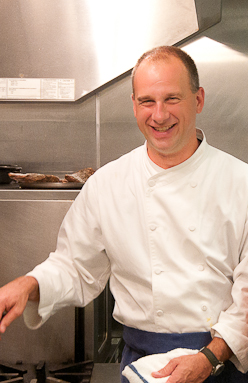 Chef Fleer has been at Canyon Kitchen since its inception last Summer. This is a seasonal restaurant and is only open from May to September. Prior to Canyon Kitchen, Fleer was the Executive Chef at Blackberry Farm (a Relais and Chateaux property) in Walland, Tennessee for 14 1/2 years. Blackberry Farm is a world-class culinary and wine destination in the Southeast. He left there in 2007 after a long and celebrated career to pursue other interests.

Chef Fleer has been nominated twice for the prestigious James Beard Award. He has been featured in many food magazines, such as Gourmet, Bon Appetit and Food and Wine. He has appeared on several television shows and received many other accolades during his career.

This year, we have already been to dinner at Canyon Kitchen a couple of times with friends. It is truly a special place and I am very excited to be able to share my interview with Chef Fleer with you (along with all the pretty pictures!).

The first topic we discussed was the difference between Blackberry Farm and Canyon Kitchen. Chef Fleer said that they have consciously made Canyon Kitchen a more relaxed setting. The food is also more relaxed. He wants dinner at Canyon Kitchen to be the highlight of someone’s day and not a high pressure situation where everyone needs to be dressed up. 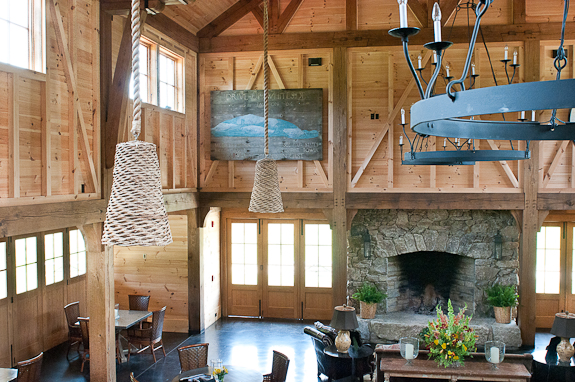 He likes the blend of styles in the mountains and the different approaches that people have when going out to eat. Some are very casual and then there are people that have to be dressed as soon as the sun sets if they are going to dinner. He loves the mix and thinks it is neat to see pearls right next to Birkenstocks.

Chef Fleer uses the term “Simple Seasonal Cuisine” to describe his style of cooking at Canyon Kitchen. He said that the label of “Foothills Cuisine” from Blackberry Farm stayed there when he left, but that this style of cooking is different. It is not as inflected with Southern staples as it was at Blackberry Farm. Although he grew up with that style of cooking and has cooked that way all of his life, he said he is much more responsive to what is available in this area as opposed to what is available over the mountain, although he says that influence will always be there. Fleer used the term “over the mountain” several times to describe going over the mountains between Tennessee and North Carolina. 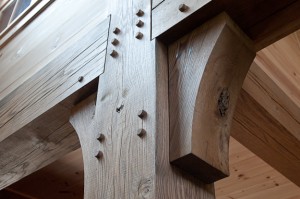 One holdover from his days at Blackberry Farm is to stop at Cruze Dairy Farm in Knoxville, Tennessee on the way to Canyon Kitchen to purchase buttermilk. He still enjoys tasting ice cream with Colleen Cruze and continues to nourish some of the great relationships that he has formed over the years. (I checked out their website and they have very happy cows!)

So, how does this chef get his inspiration and plan a menu for the season at a Canyon Kitchen? Chef Fleer explained that he has a bit of a different creative process. 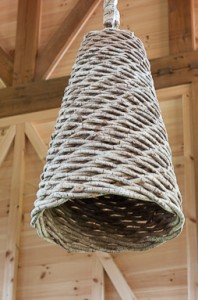 He says that he takes snapshots of things he would like to cook. He then looks at elements of a dish. These ideas then end up on a page in columns. Then he decides what looks good together and how to combine them and will draw lines bringing them together. Fleer also said some inspiration will come from conversations with other chefs, things he reads, what he sees in a market or a taste memory.

When asked about his future plans, Chef Fleer said that he and his wife are in no rush family wise to make a move. (Fleer commutes to Canyon Kitchen from Tennessee during the Summer months.) When the economy turned downward, he decided to table a restaurant idea that he was working on. Canyon Kitchen has been a great way for him to stay in the kitchen and “get over the mountain”. Both he and his wife were born and raised in Western North Carolina and would like to come back this way. He said that he will explore some real options in the coming year. 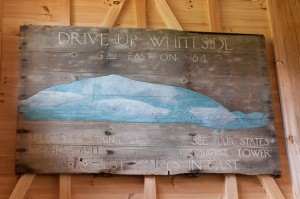 Highest cliffs in the East

Asheville is the most likely spot for Chef Fleer to open his own restaurant eventually, but he would still plan to be involved in Canyon Kitchen since the Summer season is so short. Asheville is about an hour and a half drive from Cashiers.

I am always interested to know what chefs think about all the new focus on food and the impact of channels like Food Network in America. He said that in general he thinks that it is great and loves it. “It is the most important development in the evolution of American cooking in the last twenty years.”

When Chef Fleer began his career at Blackberry Farm in 1992, the launch of Food Network was not far behind. The channel made its debut in November of 1993 with Emeril and some of the original chefs.

Fleer said that people then started to watch the cooking shows and thought it looked like fun and either wanted to try it at home or maybe even do it for a living. He said that from a professional standpoint, it took people with no experience and exposed them to the restaurant industry and then many of them made decisions to attend culinary school. It made the restaurant industry and food interesting. 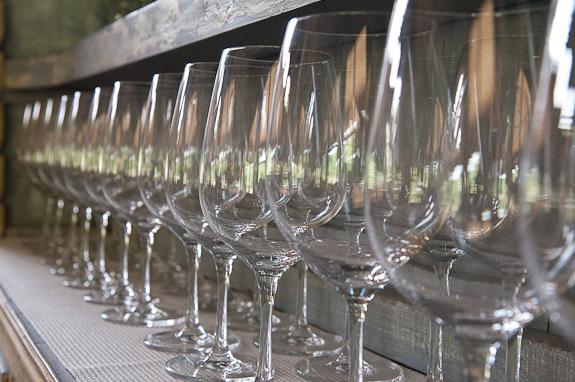 Chef Fleer said that early on in his career at Blackberry Farm the responses he would receive from an advertisement for a kitchen position were deplorable. However, three to five years later, kids from the Knoxville area were graduating from high school and going off the the Culinary Institute of America or Sullivan University with maybe having a few years of kitchen experience prior to school. They came back home and wanted to stay in the area, so suddenly he had applicants that were five times more qualified than the ones he originally had to work with. He said that all the attention on food is incredibly positive in that aspect.

The cultural explorations aspect, however, is what impresses him the most. He loves the fact that anyone can watch (especially children) a show like Anthony Bourdains’s No Reservations and see how different cultures approach food. Although something like eating bat wings (and yes, apparently people do eat them) may be weird to us, from their perspective it is totally normal. 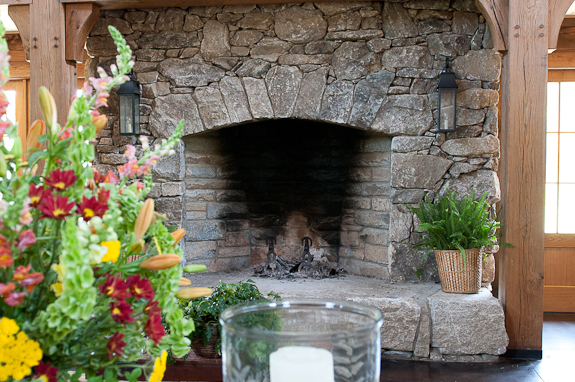 I also asked Chef Fleer how he feels about restaurant reviews being done by bloggers, since that is a bit of a hot topic right now. He sees this as a positive – that it is the democracy of thinking about food and that anyone’s opinion is equal to someone else’s. He said that he likes to read “good writing” and that a good writer has the ability to capture an experience whether it is good or bad.

Page: 1 2
We participate in the Amazon Services LLC Associates Program, an affiliate advertising program designed to provide a means for us to earn fees by linking to Amazon.com and affiliated sites.
posted on July 6, 2010 in Chef Interviews, Desserts, Recipes
33 comments »

END_OF_DOCUMENT_TOKEN_TO_BE_REPLACED

It’s wonderful to be back in this beautiful city