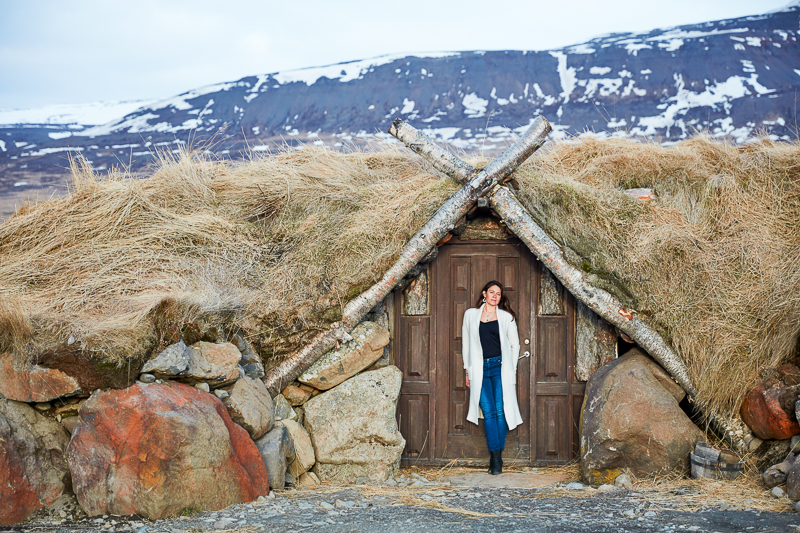 When we travel, I often purchase at least one item to remember our trip. Visiting other countries makes it easy to find something unique that I won’t find anywhere else, but traveling closer to home, it’s a bit more challenging. Clothing and jewelry are high on my list (and they’re easy to pack), so I tend to shop for these items and will wander from local galleries to boutiques looking for that one special piece.

On a recent trip to the quiet coastal town of Cape Charles, Virginia, I came across a small jewelry designer, Moonrise Jewelry. It’s not often you like almost everything a designer creates, so I was surprised to fall in love with so many of this designer’s pieces. 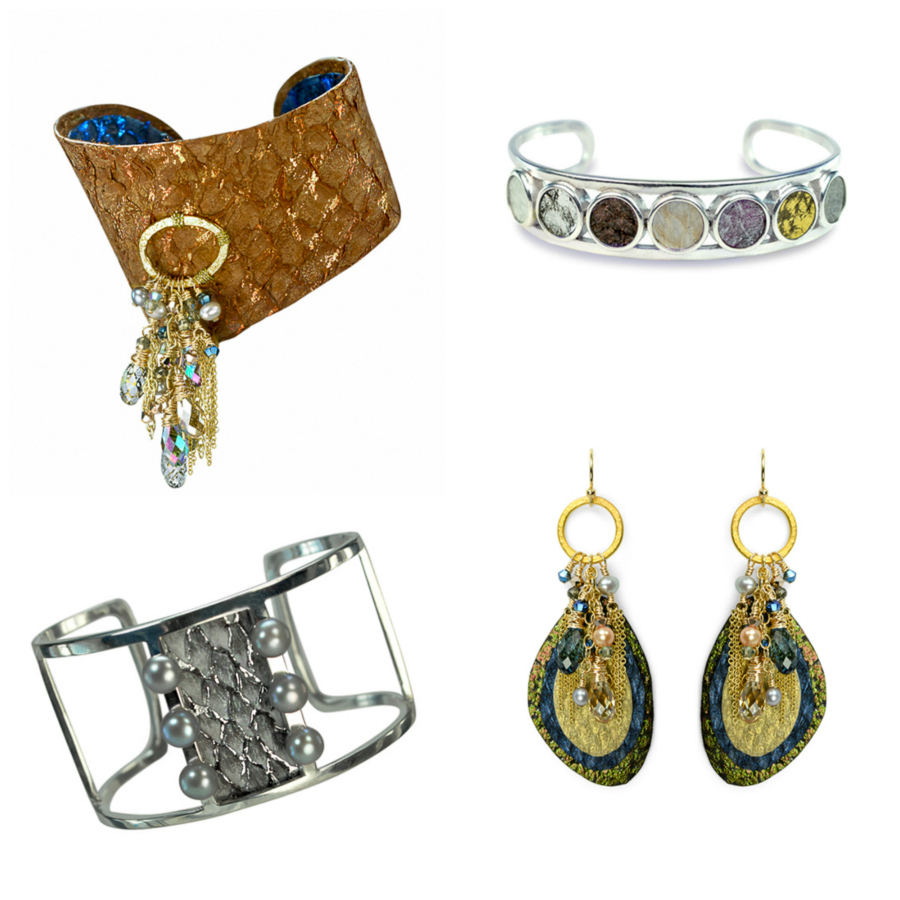 * To see the full line of this designer’s jewelry, click on this link

Meredith Restein is creating some of the most unusual and striking jewelry that I’ve seen in a long time. The pieces reflect her inspiration from growing up on the Eastern Shore of Virginia and her travels. They have a lot of movement, style, color, and are affordable. It’s no wonder that she’s received national and international recognition for her work. In 2005, in Meryl Streep’s Green Guide, she called Meredith’s jewelry a “Top Product Pick.” She also received the Leg Up Entrepreneurial Award recognition in 2012 from Sara Blakely, the founder of Spanx, and has had features in Lucky Magazine and on NBC’s Today Show, to name just a few. 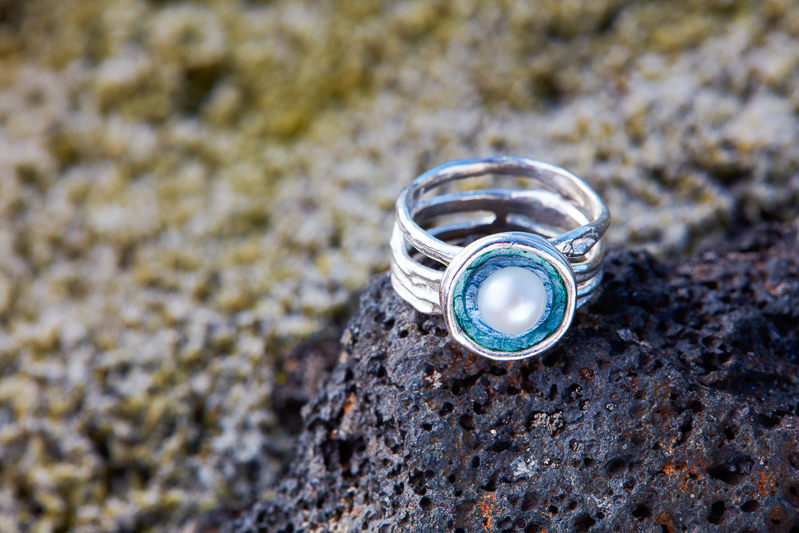 One of her new rings

I wanted to select one piece of jewelry, but found myself wanting ten. Everything I tried on had a different design and feel and any of them would work with my wardrobe. They were also perfect for travel and for pairing with casual and lightweight clothing in the summer months. Not being able to decide, I finally selected several pieces. One of them was particularly unique – a fish leather cuff beautifully adorned with gold jewelry and semi-precious stones. And yes, I said fish leather. 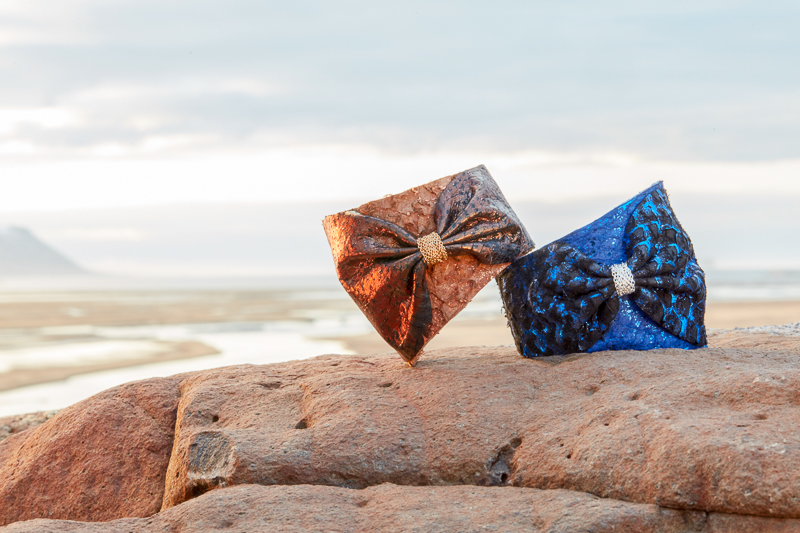 Intrigued with the concept of using fish leather for her jewelry, we started to chat about how she came to use it in her designs. The story was fascinating and it involved a few serendipitous moments, a recent trip to Iceland, and an exciting new line that she was about to launch. Meredith and her jewelry were so inspirational, I wanted to share her story and her designs with our readers. 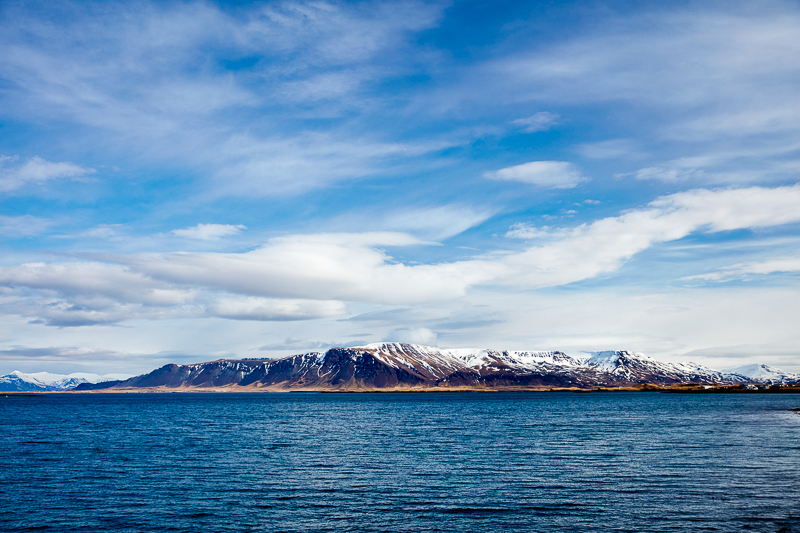 Moonrise Jewelry was founded in 2002 after Meredith returned home to the Eastern Shore with her husband following her time spent in New Orleans earning a degree at Tulane University and further studies in Chile. Inspired by the natural beauty of the coastal area of Virginia, she creates exclusive pieces of jewelry and wearable art that have a very loyal following. 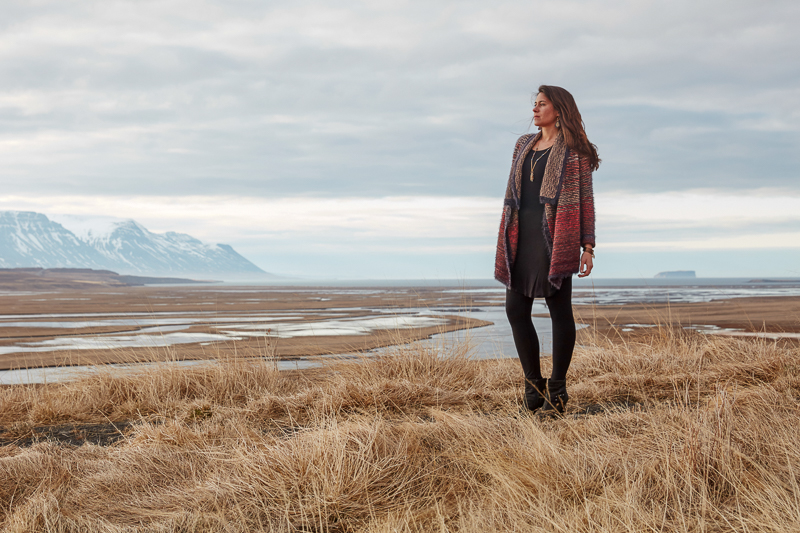 About nine years ago, on a Friday afternoon at 5:30 pm, Meredith received a call from a salesman at a fish leather tannery in Canada. Not only was it a bad time to call, she said, but his sales pitch was awful, so she hung up and forgot about it. A year passed and he called again. Same day, same time, same bad sales pitch, same reaction from Meredith.

Then three years went by and her business partner had left and she had a new baby. Meredith moved everything into her home to regroup and decide on the direction to take her business. She knew she wanted to shake things up and be different. All of a sudden, she remembered those calls from the salesman and his fish leather and searched for the company online.

It took a year to work with the new materials and experiment with the concept before putting everything into production. Now, the pieces made with fish leather are her best selling line. The skins from salmon, perch, and carp…who knew it could be turned into leather and then made into beautiful and unique pieces of jewelry? 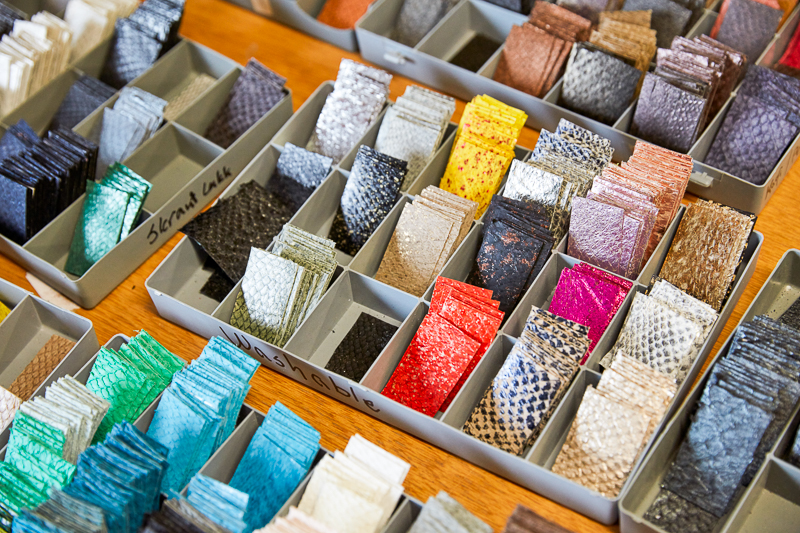 The amazing colors and textures of fish leather

A few years later, she realized the tannery she had been sourcing from in Canada was no longer in operation and had been selling from their inventory, so she had to start looking for a new supplier. After extensive research, Meredith now works with a tannery in Iceland, Atlantic Leather, which was named the #1 tannery in Europe. She recently visited their facility in Iceland to learn more about the process of making the leather. She also thought this visit was important to tell the story about fish leather and brought back stunning images (thanks to her her photographer, Chris M. Rogers) of both Iceland and her jewelry with the natural beauty of Iceland as the backdrop. 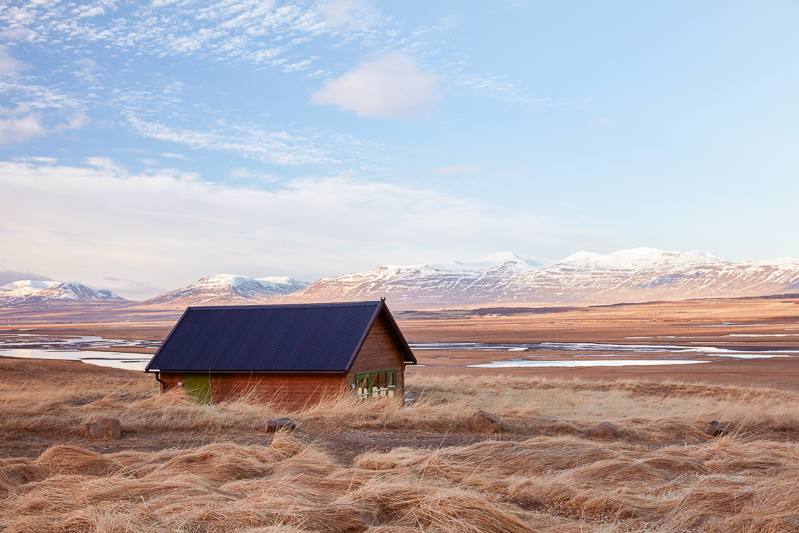 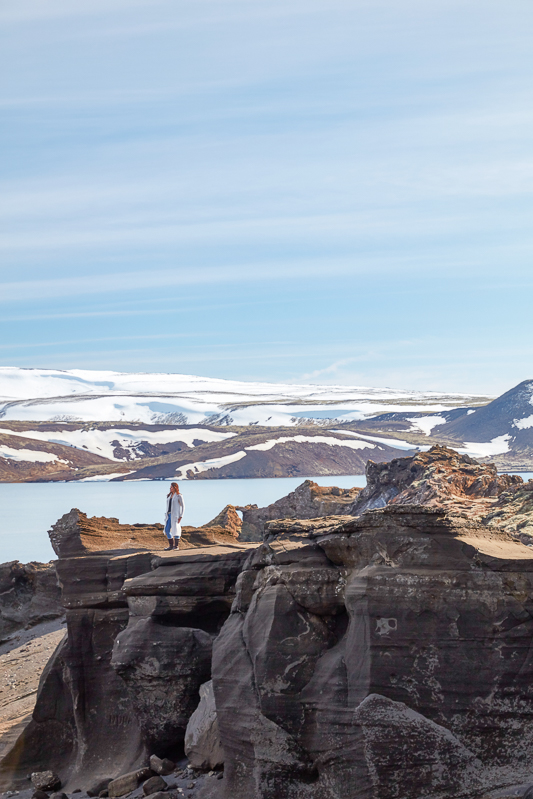 The Process of Making Fish Leather

Atlantic Leather is located in Sauðárkrókur in Northern Iceland, about five to six hours from Reykjavík. They source most of the fish skins from a commercial fishing harbor in nearby Dalvík and the Nile perch is imported from Kenya. She told me, “In addition to salmon, cod, and Nile perch, they work with wolf fish. It’s the only tannery in the world using it. It’s spotted – really exquisite.” 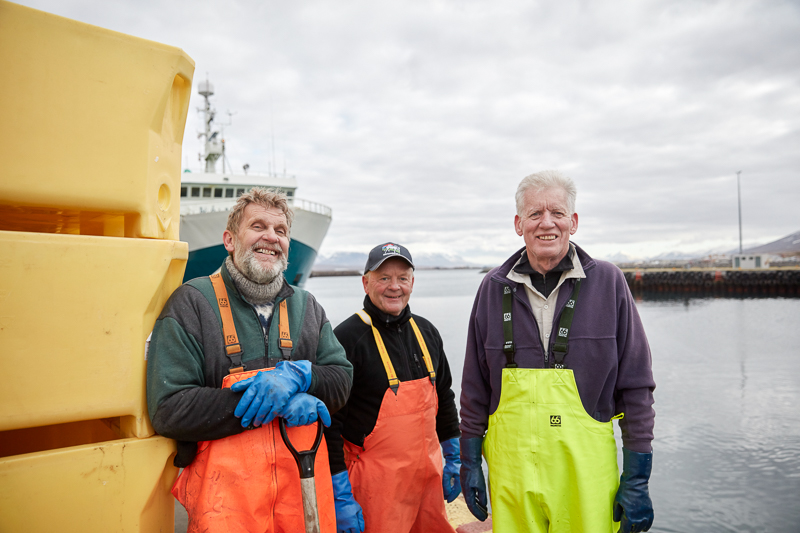 “It’s basically the same idea as making leather from an animal, like a pig or cow, or an exotic species like snake, eels or ostrich. It goes through a similar process. This ‘trash to treasure’ concept (of using fish for leather) may be new to us, but it’s not new in Iceland. The Icelanders used to make shoes from fish leather and it’s still used that way today to create beautiful shoes and boots. Of course, they use modern tanning methods now, which make the leather more durable. It’s a great by-product of the fishing industry.” 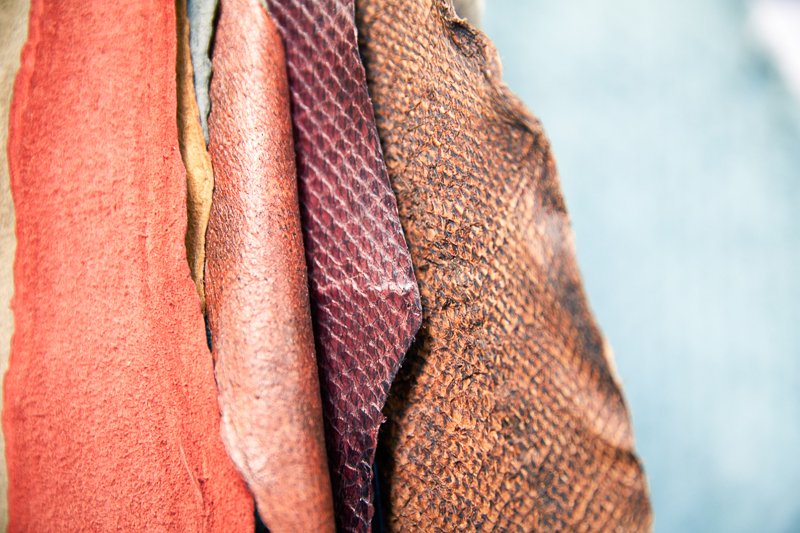 It’s hard to believe this is made from fish skins

The process of dying fish leather at the tannery requires large volumes of hot water. At the Atlantic Leather tannery, it’s powered by geothermal water and electricity. Geothermal water is eco-friendly and the process is intense. In fact, many of the tanning companies in the United States and Canada have gone out of business due to environmental regulations. Now, the majority these businesses are concentrated in countries like Latin America and the Philippines, where there are large fish farms and a thriving fishing industry. What’s unique about Iceland’s tannery is their geothermal energy. 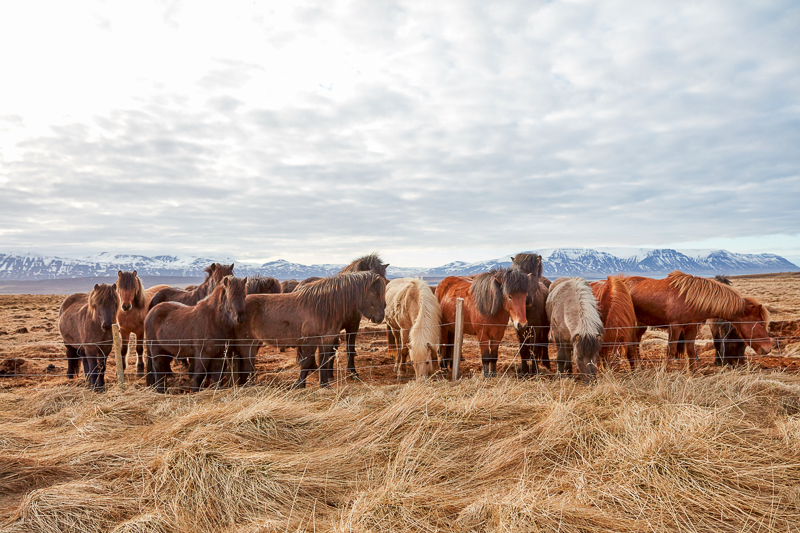 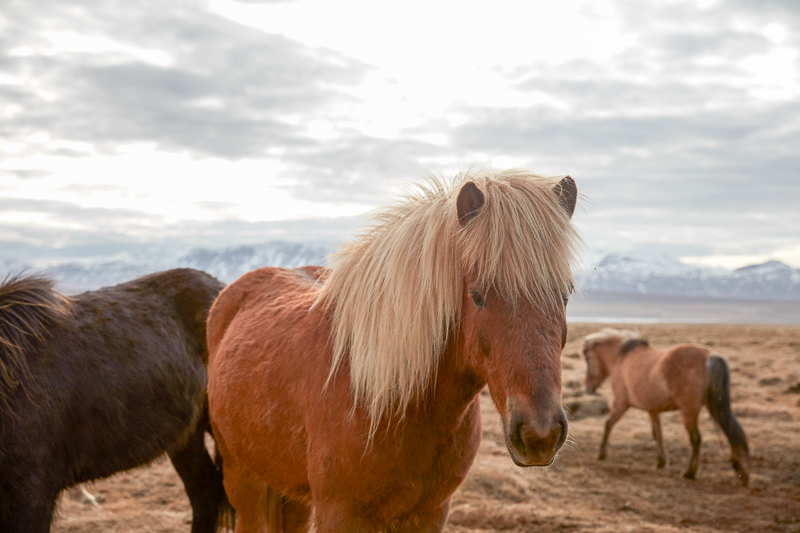 Meredith said, “It’s amazing that this high quality, luxurious leather is eco-friendly. The metallic finishes are really spectacular and now I have a new a whole new selection of leathers to work with that are well-suited to jewelry. There is no comparison to what I was using before; it’s a huge step forward. This company supplies luxury designers around the world – like Prada and Dior. They will use it for an exhibition style collection for one store and the pieces are very expensive.

“It’s an interesting business. Atlantic Leather has been around a long time and are now the #1 tannery in Europe. They still tan other animal hides, but fish leather is their main product.” 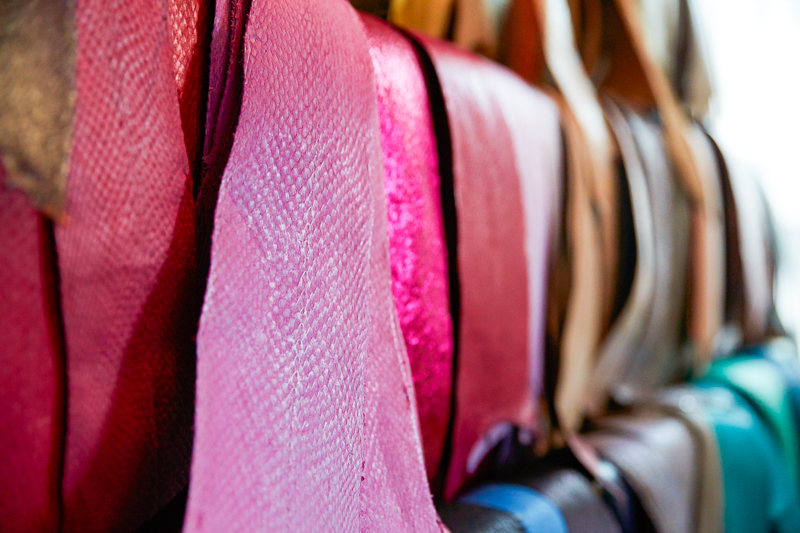 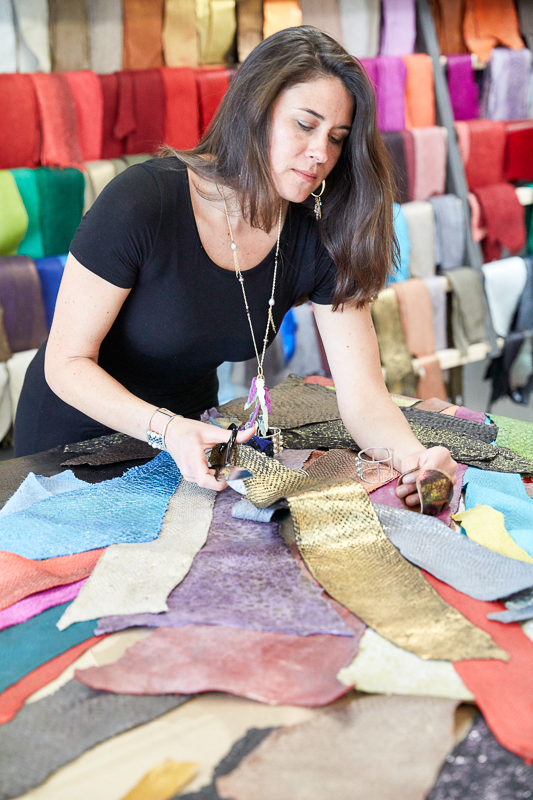 During Meredith’s time in Iceland, she was given an open tour of the facility and shown the process of making fish leather from start to finish. She told me, “It was the most fascinating and informative day of my life. This is the product that saved my business and the chance to go and learn about it was so inspiring. I want to be able to tell this story to my customers.” 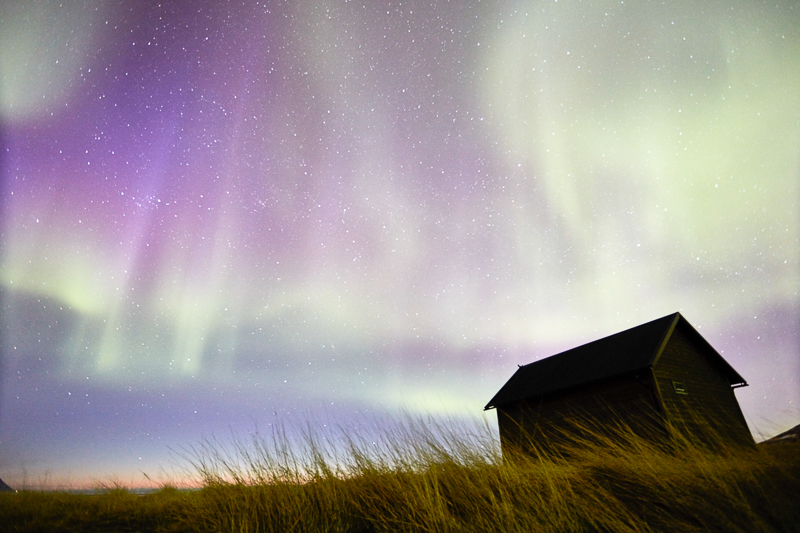 Page: 1 2
We participate in the Amazon Services LLC Associates Program, an affiliate advertising program designed to provide a means for us to earn fees by linking to Amazon.com and affiliated sites.
posted on June 30, 2016 in Leisure, The South, Travel
1 comment »

END_OF_DOCUMENT_TOKEN_TO_BE_REPLACED

One comment on “A Fish Tale – Meredith Restein and Moonrise Jewelry in Cape Charles, Virginia”